Recovery from Second Wave: How close are the States to recovery?

In the research paper titled, India's Covid second wave we estimated a dual S-curve model based on data up to May 9, 2021. In this note we take stock of the recovery from second COVID wave, by different states. This is based on data up to June 3, 2021. Consequently, anticipated recovery after June 3, 2021 is based on the forecasts of the dual S-curve model. Recovery is defined in terms of rate of growth of cases. When the rate of growth of total confirmed cases, declines to the lowest rate seen at the end of the first wave, before the second wave began. The date on which this happens is defined as the recovery date for the State.

Table 1 shows the recovery dates as defined above, and the rates of growth of active cases (all negative) and of confirmed total cases (all positive). 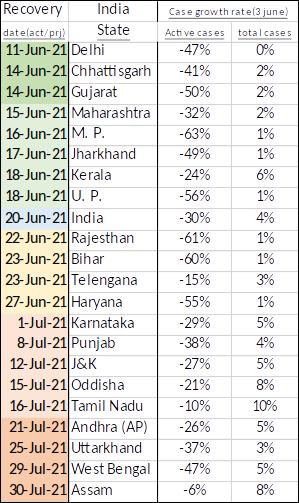 These are also plotted in figure with States' recovery date, with earlies on the left and later ones on right, Delhi, Chhattisgarh, Gujarat and Maharashtra are expected to be the first to recover from the second wave as per our definition Assam, West Bengal, Uttarakhand and Andhra will be among the last to recover in July 2021 (table, figure). 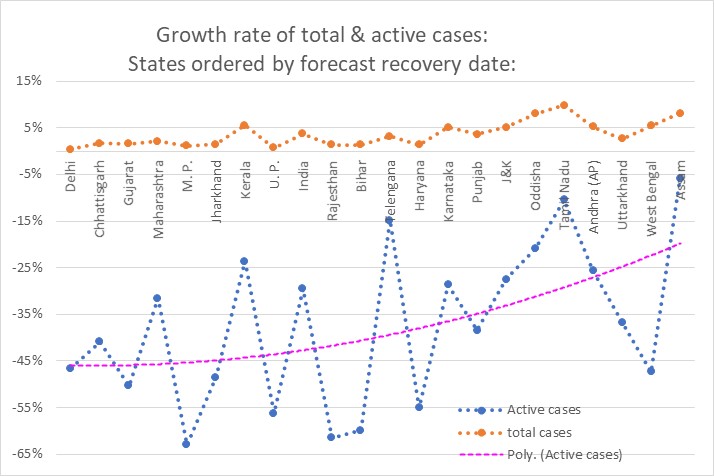 Figures 2 to 6 show the all India numbers and a sample of States, to indicate how close/far they are from recovery from second wave. The green line depicts the total confirmed cases on the right-hand scale. Up to June 3, 2021, it shows the actual numbers and from June 4th to June 30th the forecasts produced by the dual S curve model. These figures also show the estimated numbers of the mutated variants driving the second wave and the forecasts from the S curve model (orange) on the left-hand scale.

Figure 2: India Second Wave will be largely over in June 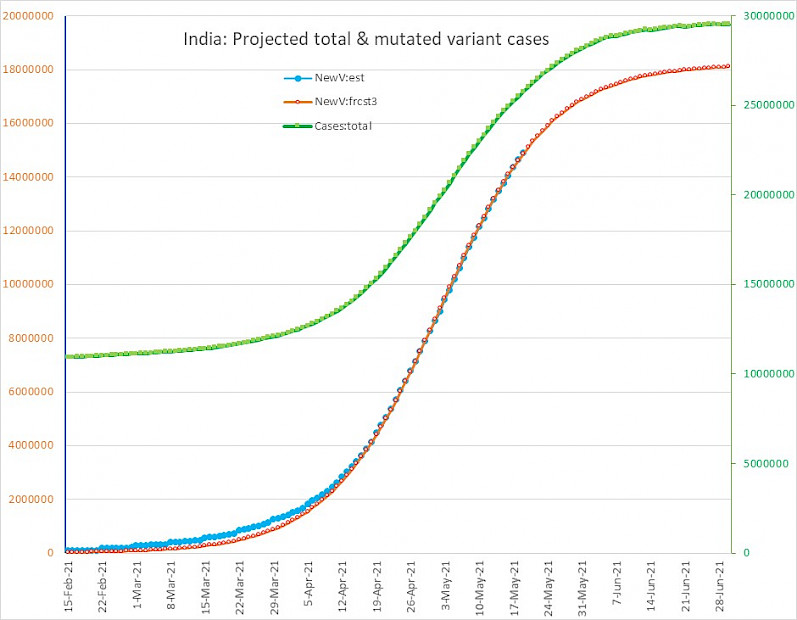 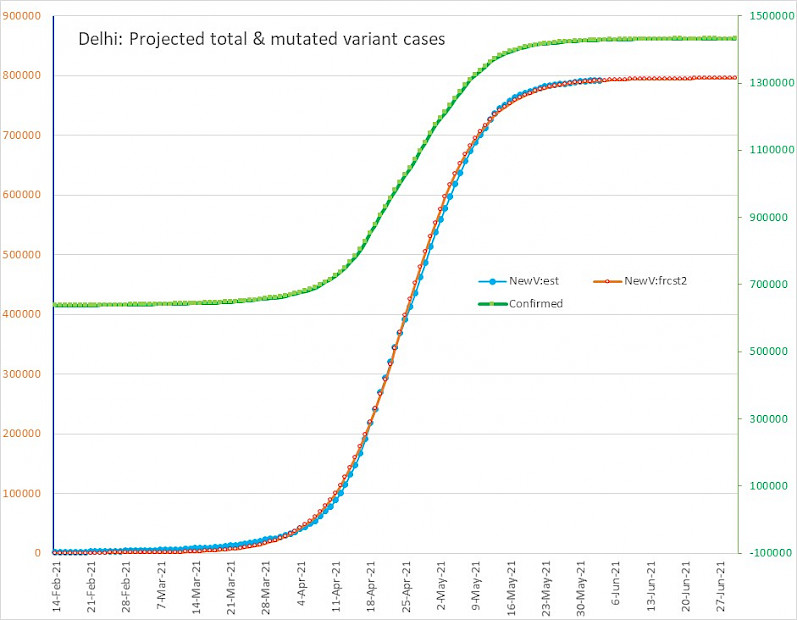 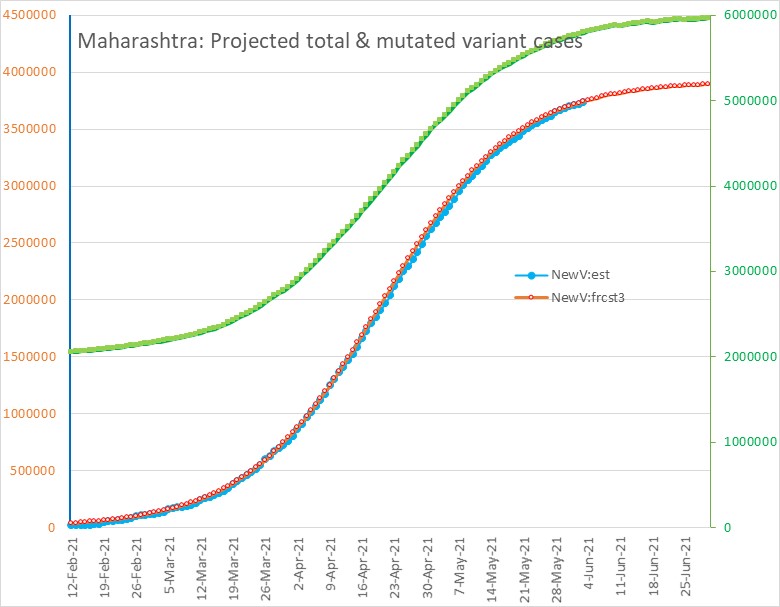 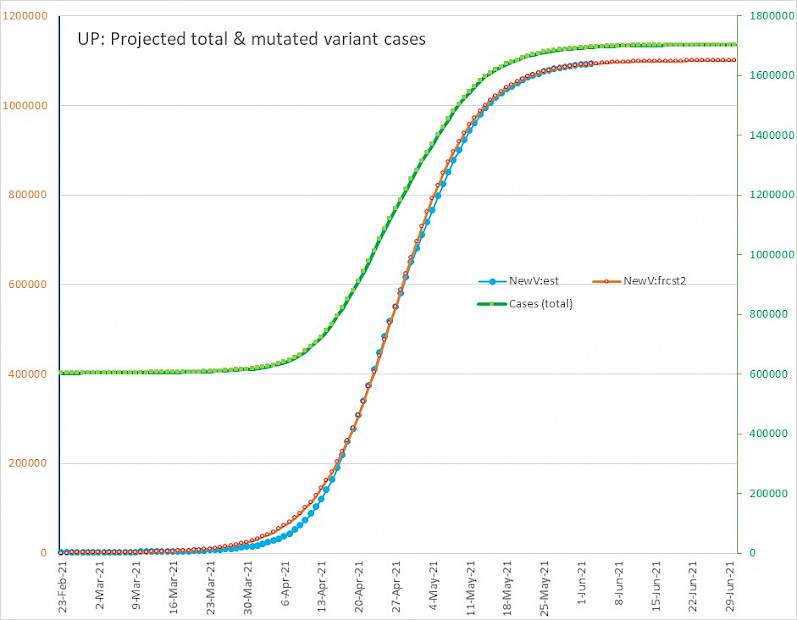 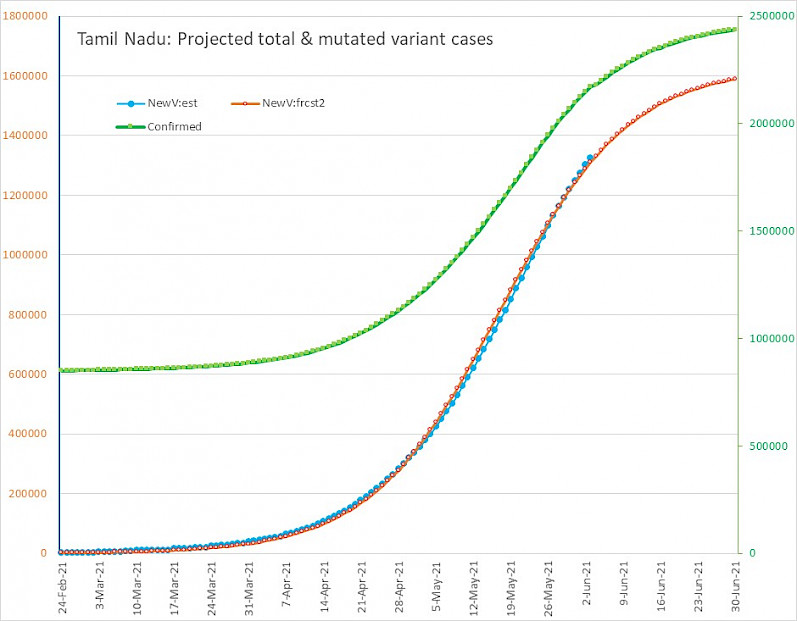 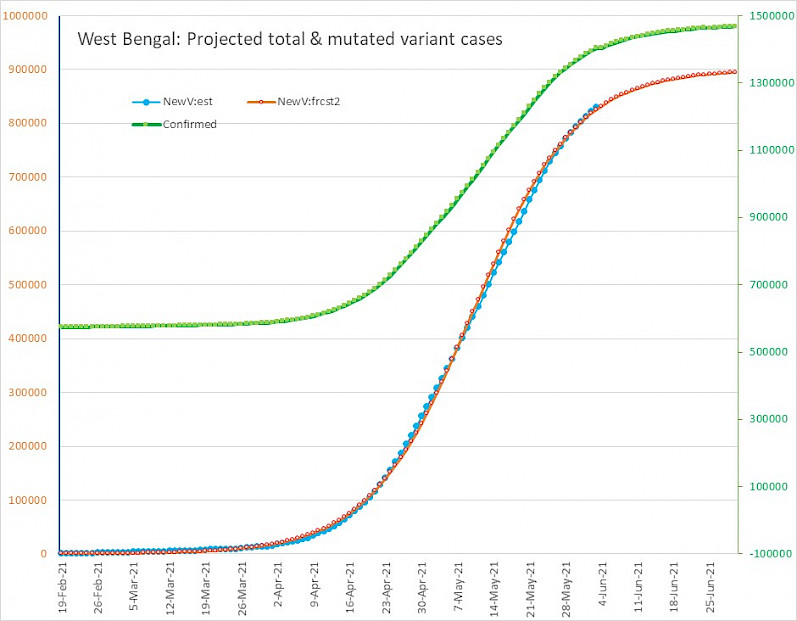