Bucks do not stop at “हम दो हमारे दो”; Fertility reversal much harder than reduction 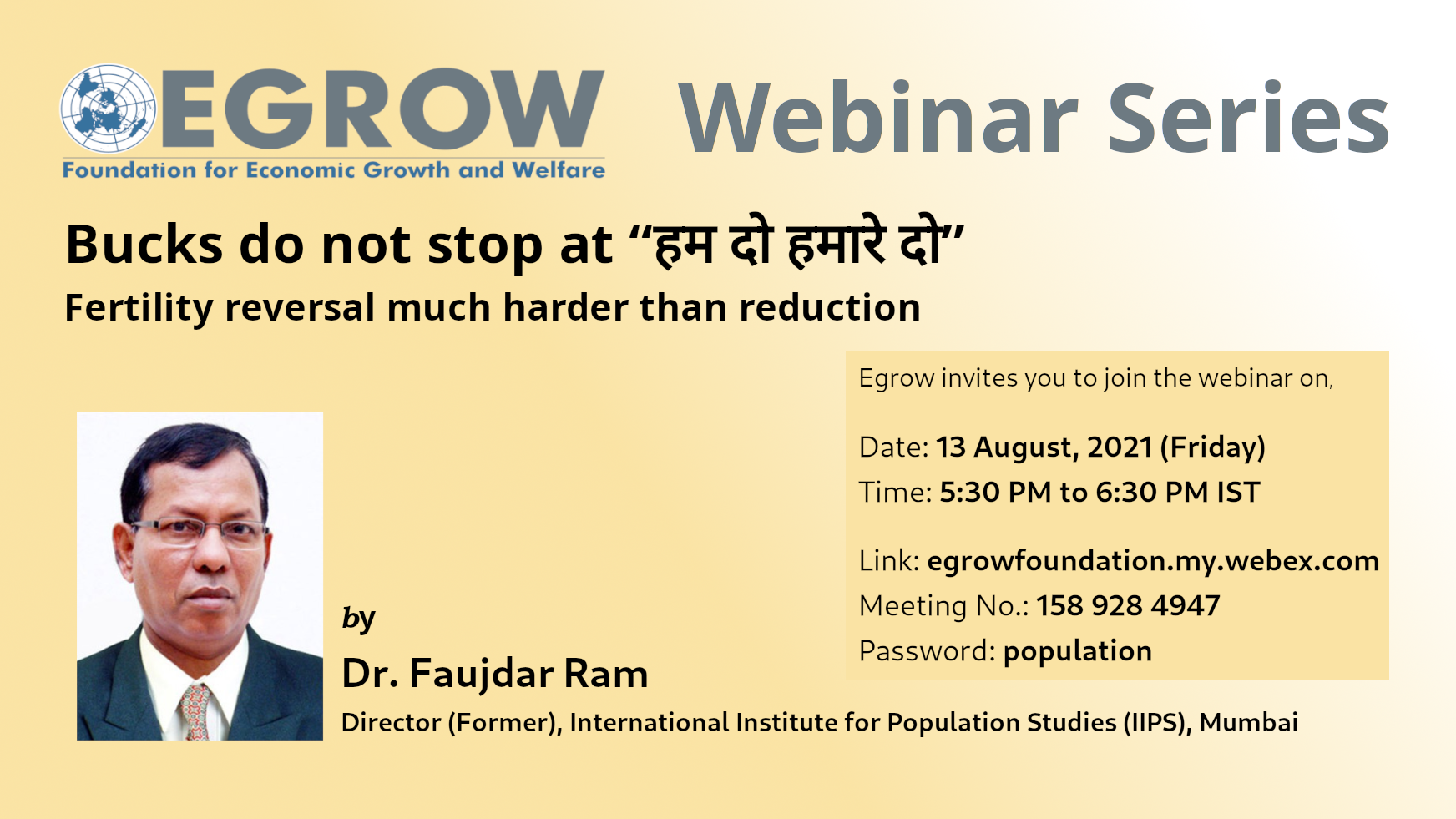 India’s demographic future contains a peaking and subsequently declining population driven by a sharp reduction in fertility. In the 1950s, India’s Total fertility rate (TFR) was nearly six children per woman; today it is 2.2. However, there was a huge reduction in TFR from 5.9 in 1960 to 4.9 in 1980. The TFR was found to be 3.4 in 1992 and in 2015 it was just above the the replacement rate.
This can be attributed to the success of the family planning programme but it has long lost its primacy in the Indian policy discourse. Between 1975 and 1994, family planning workers had targets they were expected to meet regarding sterilisations, condom distribution and intrauterine device (IUD) insertion. Often these targets led to explicit or implicit coercion. Following the Cairo conference on Population and Development in 1994, these targets were abandoned.

The literature on fertility decline in western countries attributes the decline in fertility to retreat from the family; Indian parents seem to demonstrate increased rather than decreased commitment to family by reducing the number of children and investing more in each child.

The presentation critically examines the Indian population policy from its inception. It also examines the trends and patterns of the TFR and discusses the plausible future trends in population in India under low medium and constant methods and assess its implications.

Dr. Ram Faujdar is the former Director of the International Institute for Population Studies (IIPS), Mumbai. He has completed his Post-Doctoral research at the Ohio State University, USA in the Rockefeller Foundation Fellowship programme. He spent nearly whole of his career at International Institute of Population Studies, working on a number of dimensions of the demographic trends in India. He has published more than 80 research articles in reputed journals. He is also the member of a number of national and international scientific societies and is the current President of the Indian Association for the Study of Population (IASP)