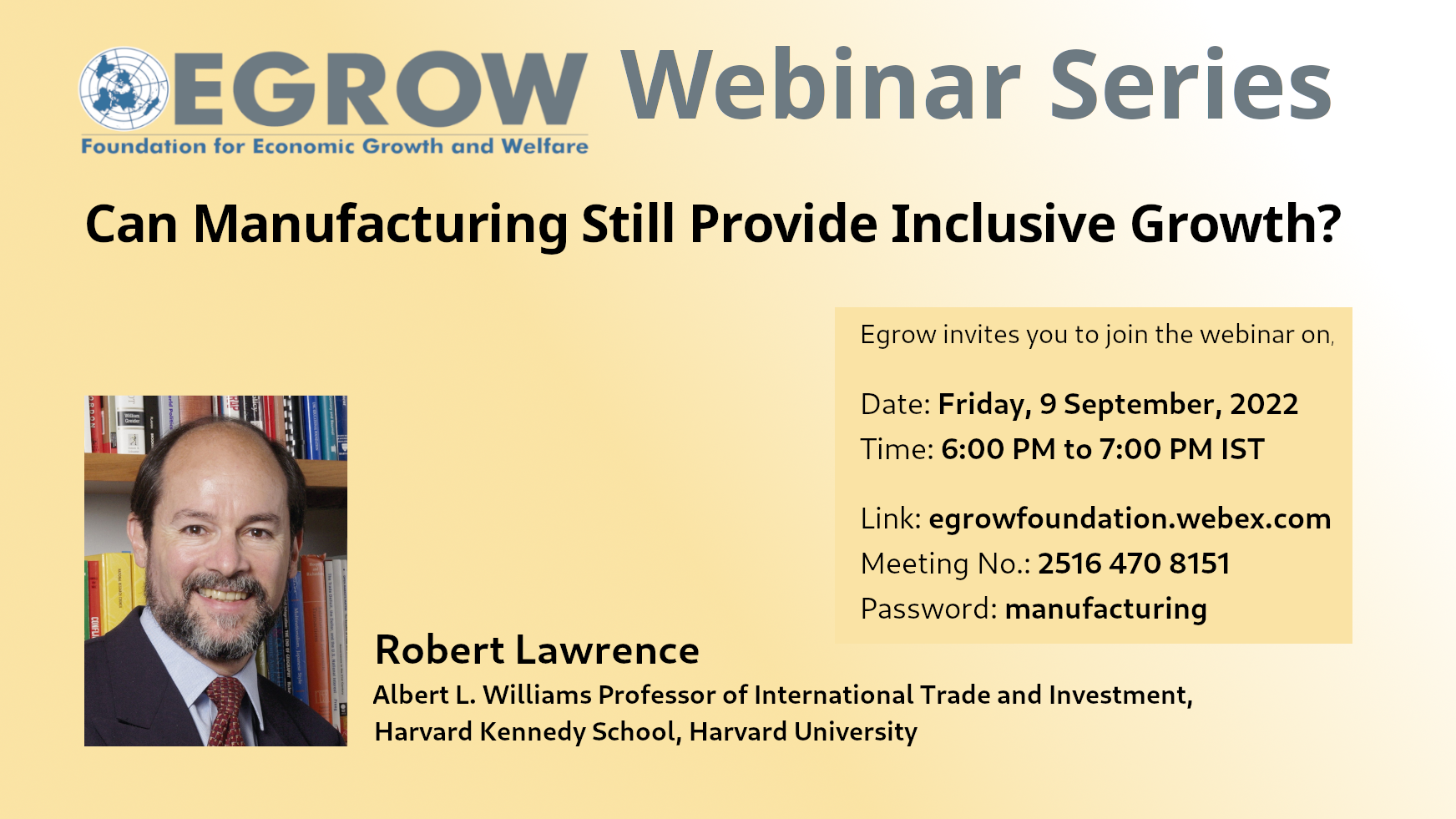 The causes and consequences of the diminished role of manufacturing as a driver of economic growth and inclusion in developed and developing countries. This presentation will explain why the share of manufacturing follows an inverted U-shaped curve as countries develop; consider why that curve has shifted downwards and inwards over time; show that all developed and many developing countries, even those with large trade surpluses in manufacturing are now on the downward slope of the curve; and evaluate the implications recent industrial policy initiatives in the light of this experience.

Robert Z. Lawrence is Albert L. Williams Professor of International Trade and Investment, a Senior Fellow at the Peterson Institute for International Economics, and a Research Associate at the National Bureau of Economic Research. He currently serves as Faculty Chair of The Practice of Trade Policy executive program at Harvard Kennedy School. He served as a member of the President's Council of Economic Advisers from 1998 to 2000. Lawrence has also been a Senior Fellow at the Brookings Institution. He has taught at Yale University, where he received his PhD in economics. His research focuses on trade policy. He is the author of Crimes and Punishments? Retaliation under the WTO; Regionalism, Multilateralism and Deeper Integration; Single World, Divided Nations?;andCan America Compete? He is coauthor of Has Globalization Gone Far Enough? The Costs of Fragmentation in OECD Markets (with Scott Bradford); A Prism on Globalization; Globaphobia: Confronting Fears About Open Trade; A Vision for the World Economy; and Saving Free Trade: A Pragmatic Approach. Lawrence has served on the advisory boards of the Congressional Budget Office, the Overseas Development Council, and the Presidential Commission on United States-Pacific Trade and Investment Policy.