China After the 20th Party Congress 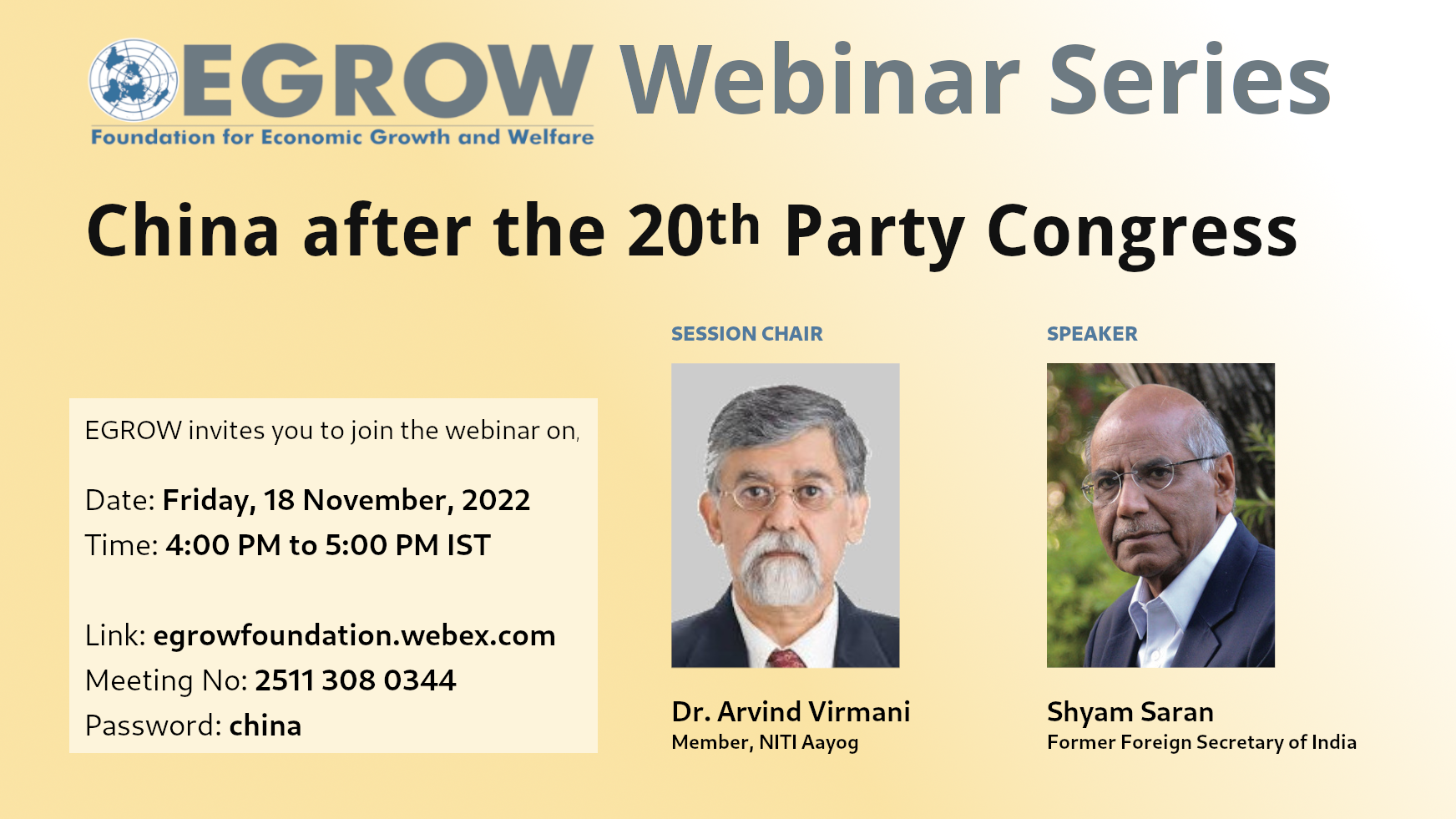 The Chinese Communist Party has just concluded its historic 20th Congress. Key decisions taken at the Congress have consolidated the pre-eminent leadership role of President Xi Jinping and confirmed certain political, ideological and economic policy directions. What are these policy directions and what do they imply for the future of the Chinese economy and its role in the global economy?

Shyam Saran is a Honorary Senior Faculty and Member of the Governing Board at Centre for Policy Research. He is a former Foreign Secretary of India and has served as Prime Minister’s Special Envoy For Nuclear Affairs and Climate Change. After leaving government service in 2010, he has headed the Research and Information System for Developing Countries, a prestigious think tank focusing on economic issues (2011-2017) and was Chairman of the National Security Advisory Board under the National Security Council (2013-15). He is currently Life Trustee of India International Centre, Member of the Governing Board of the Institute of Chinese Studies, a Trustee at the World Wildlife Fund (India) and Member of the Executive Council of the Federation of Chambers of Commerce and Industry (FICCI).He has recently published a book, How India Sees the World.

Shyam Saran was awarded the Padma Bhushan, the third highest civilian award, in 2011 for his contributions to civil service. In May 2019, he was conferred the Spring Order Gold and Silver Star by the Emperor of Japan for promoting India-Japan relations.