Economic Reforms for a Prosperous India 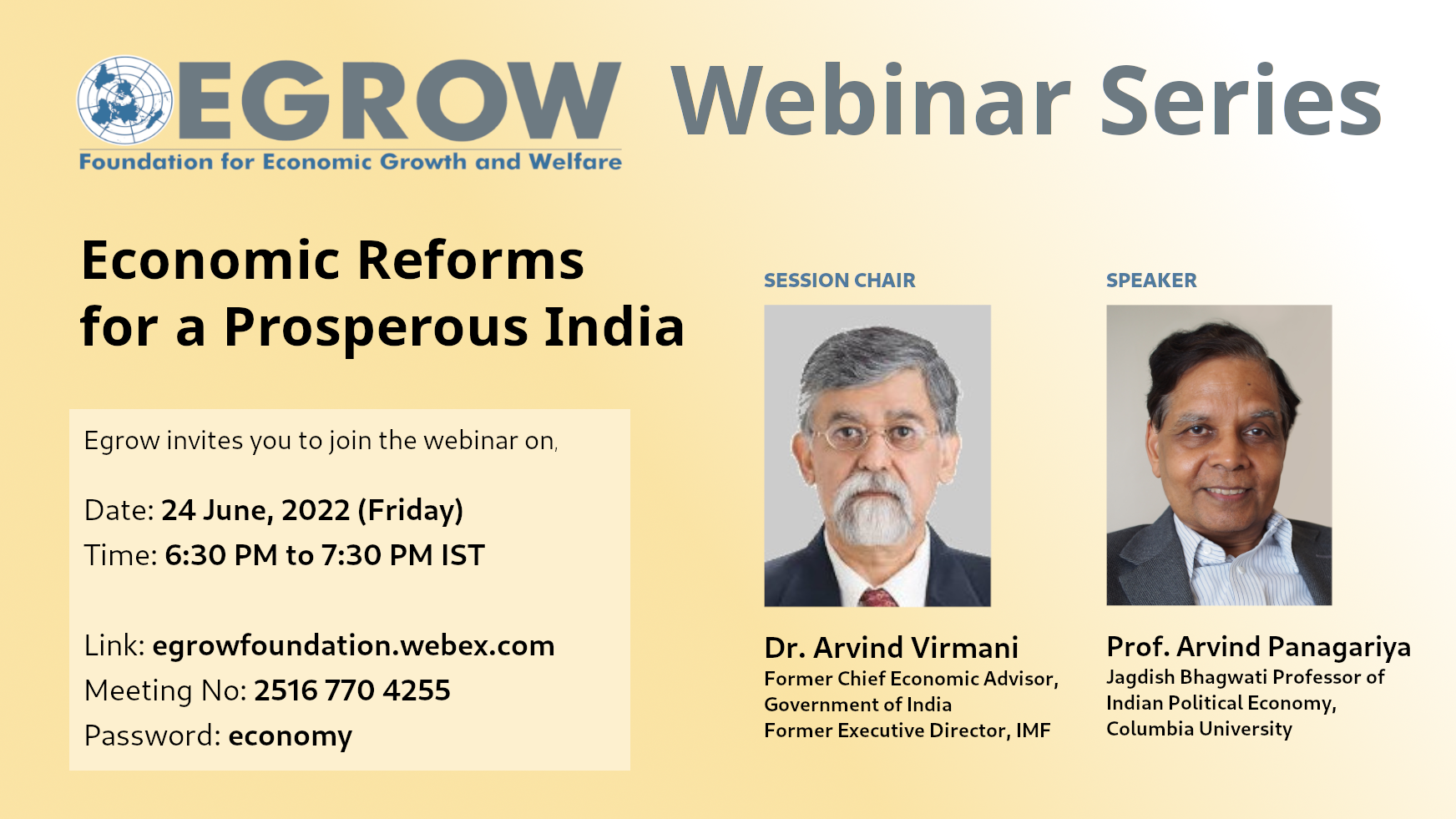 Arvind Panagariya is Professor of Economics and the Jagdish Bhagwati Professor of Indian Political Economy at Columbia University.

From January 2015 to August 2017, he served as the first Vice Chairman of the NITI Aayog, Government of India in the rank of a Cabinet Minister. During these years, he also served as India’s G20 Sherpa and led the Indian teams that negotiated the G20 Communiqués during presidencies of Turkey (2015), China (2016) and Germany (2017).

Professor Panagariya is a former Chief Economist of the Asian Development Bank and was on the faculty of the Department of Economics at the University of Maryland at College Park from 1978 to 2003. During these years, he also worked with the World Bank, IMF and UNCTAD in various capacities. He holds a Ph.D. degree in Economics from Princeton University.

Professor Panagariya has authored more than fifteen books. His book India: The Emerging Giant (2008, OUP, New York) was listed as a top pick of 2008 by The Economist and described as the “definitive book on the Indian economy” by Fareed Zakaria of the CNN. The Economist has described his book, Why Growth Matters, (with Jagdish Bhagwati) as “a manifesto for policymakers and analysts.”

In March 2012, the Government of India honored Professor Panagariya with Padma Bhusan, the third highest civilian honors the country bestows in any field.