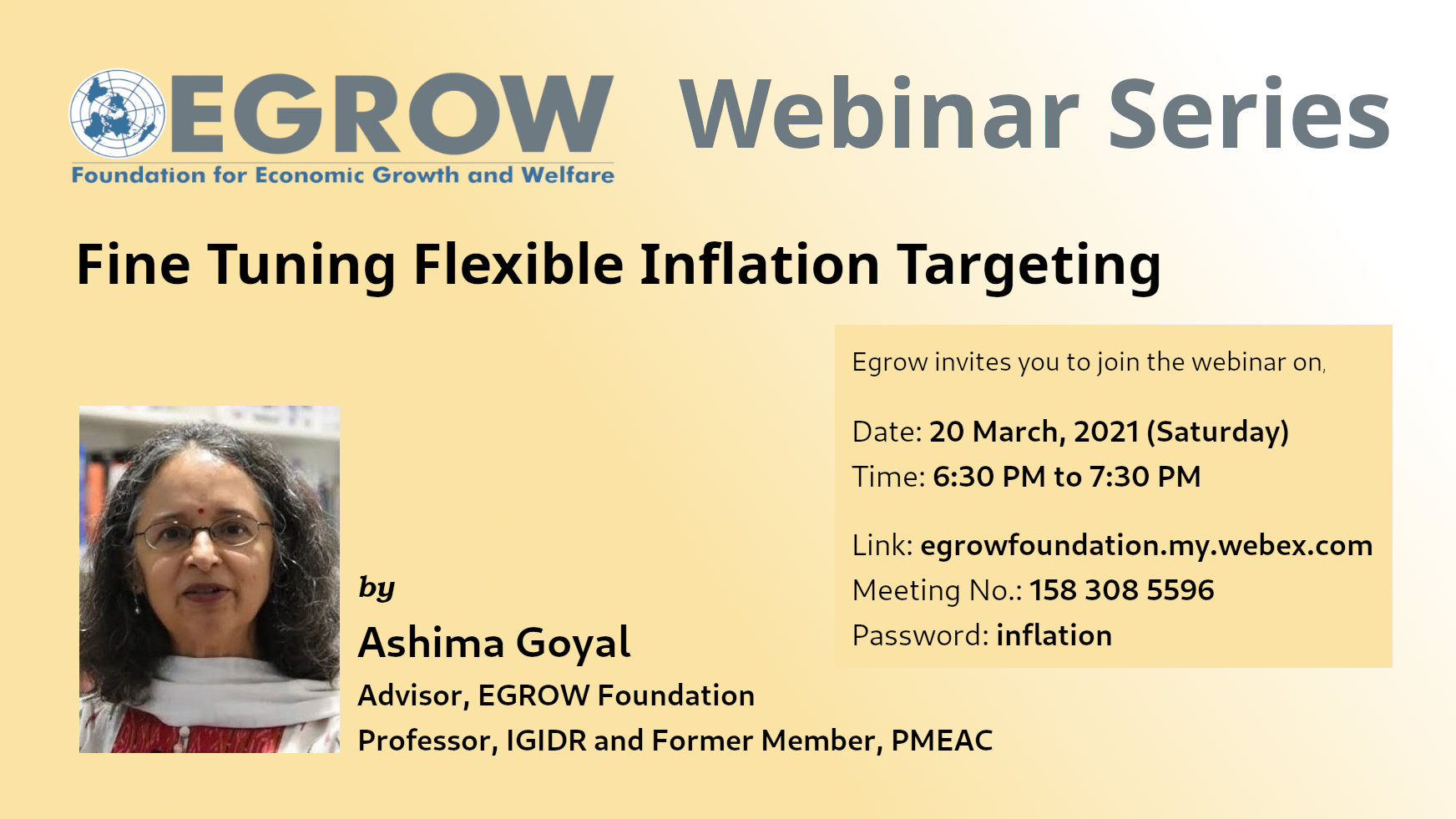 Ashima Goyal is widely published in institutional and open economy macroeconomics, international finance and governance, with more than a hundred articles in national and international journals. She has also authored and edited a number of books including Macroeconomics and Markets in Developing and Emerging Economies (Routledge: UK. 2017) and A Concise Handbook of the Indian Economy in the 21st Century (OUP: India, 2019). She edits the Routledge journal Macroeconomics and Finance in Emerging Market Economies; has provided consultancy to ADB, DEA, GDN, UNDP, RBI, UN ESCAP and WB; is active in the Indian policy debate; and has served on several government committees, including the Economic Advisory Council Prime Minister and the RBI technical advisory committee for monetary policy, and boards of educational and of financial institutions.

Currently she is a Member of RBI's Monetary Policy Committee, an independent director at Edelweiss Financial Services and SBI General Insurance. She edits a Routledge journal in macroeconomics and finance and contributes a monthly column to the Hindu Business Line. She was a visiting fellow at the Economic Growth Centre, Yale University, USA, and a Fulbright Senior Research Fellow at Claremont Graduate University, USA. Her research has received national and international awards. She won two best research awards at GDN meetings at Tokyo (2000) and Rio de Janeiro (2001), was selected as one of the four most powerful women in economics, a thought leader, by Business Today (2008); was the first Professor P.R. Brahmananda Memorial Research Grant Awardee for a study on History of Monetary Policy in India since Independence (2011), which was published by Springer in 2014; received the SKOCH Challenger Award for Economic Policy (2017); Hindu College OSA Distinguished Alumni Award and 20th FLO FICCI GR8 Beti Award for Excellence in Economics (2018).