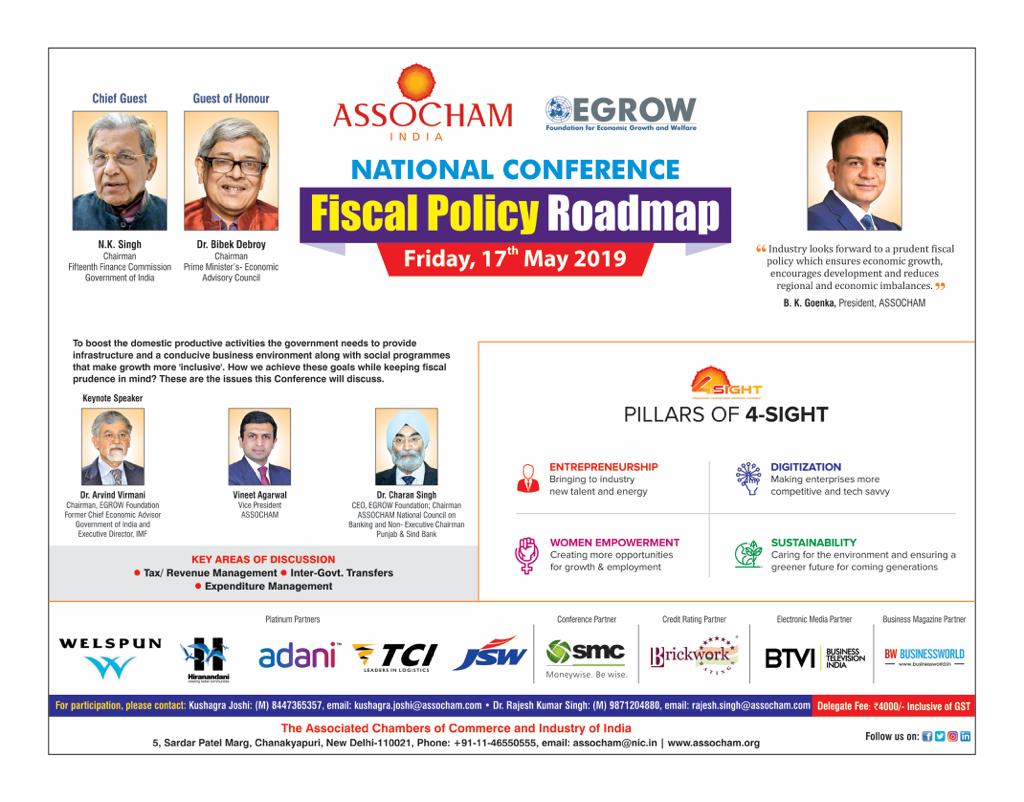 Fiscal Policy operates through taxes, expenditure and debt management. Appropriate fiscal policy can incentivise individuals and industry, including small and medium industries, to increase production and contribute to economic growth.

In a federal structure, like that of India, there is constant interaction between the Central Government and state governments

The implementation of the GST- single tax regime - across the country was seen as one of the most consequential changes in tax history of India. Although the move is a welcome step, several implementation challenges are being addressed. The industry, as well as many state governments, want further rationalisation of tax rates. In addition to this, state government finances, especially in the power sector, have observed stress leading to increase in government deficit and debt. There has been competitive populist measures in recent years which can burden the Government.

The one-day Conference on Fiscal Policy Roadmap for the new Government, aims to flag major issues in the Fiscal Policy, covering Centre, States and Local Bodies. The conference will cover several issues such as tax management, expenditure management, inter-government transfers and debt sustainability through a series of panel discussions with representation from practitioners, academia and industry experts.

The Key areas of discussion are -

The conference will be inaugurated by Shri N K Singh, Chairman of the Fifteenth Finance Commission and the Valedictory Address will be given by Shri Bibek Debroy, Chairman, Prime Minister’s Economic Advisory Council.