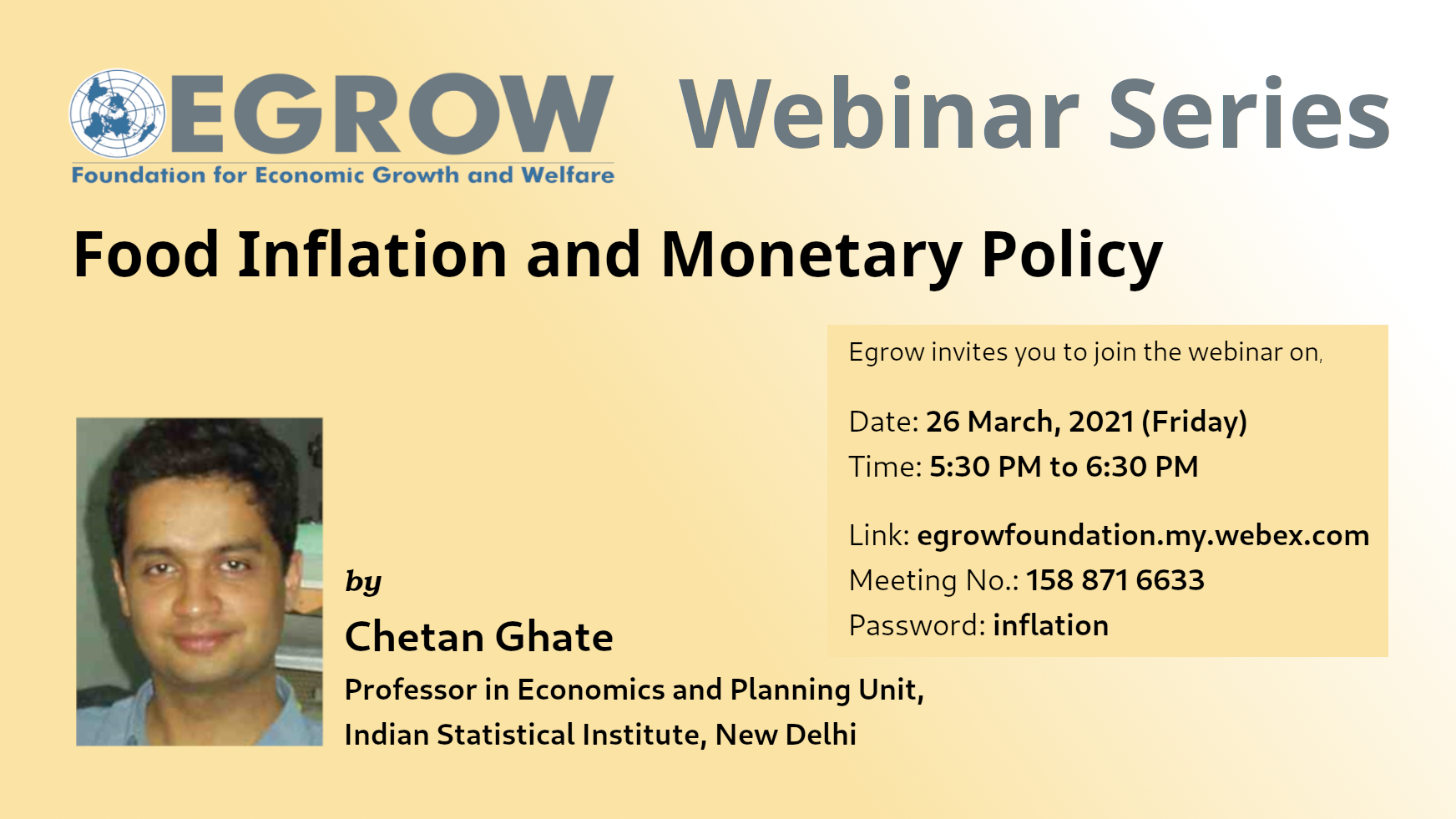 Governments in emerging market and developing economies (EMDEs) routinely intervene in agriculture markets to stabilize food prices in the wake of adverse domestic or external shocks. Such interventions typically involve a large increase in the procurement and redistribution of food, which we call a redistributive policy shock. What is the impact of a redistributive policy shock on the sectoral and aggregate dynamics of inflation, and the distribution of consumption amongst rich and poor households? To address this, we build a tractable two-sector (agriculture and manufacturing) two-agent (rich and poor) New Keynesian DSGE model with redistributive policy shocks. We calibrate the model to the Indian economy. We show that for an inflation targeting central bank, consumer heterogeneity matters for whether monetary policy responses to a variety of shocks raises aggregate welfare or not.

Chetan Ghate is a Professor in the Economics and Planning Unit, Indian Statistical Institute, Delhi. His main areas of research are macroeconomics, monetary economics, and growth and development. He received his Ph.D. in Economics from Claremont Graduate University, California; Masters in Economics from the Delhi School of Economics, India; and B.A. in Economics from Colorado College (USA).
He is a recipient of the 2014 Mahalanobis Memorial Gold Medal in Economics awarded by the Indian Econometric Society (TIES). He has held visiting faculty positions at the Colorado College, the German Institute of Economic Research (DIW), University of Sydney, Deakin University, and Claremont Graduate University. His recent work has appeared in World Development, Economic Modelling, and the Journal of Economic Asymmetries. He edited The Oxford Handbook of the Indian Economy (OUP New York, March 2012) which was elected as one of CHOICE’s “Outstanding Academic Titles for 2012.” In May 2011, he was a recipient of a Rockefeller Foundation academic residency in Bellagio, Italy. He was a member of the Technical Advisory Committee (TAC) for monetary policy at the Reserve Bank of India from February 2013 – September 2016. In September 2016, he was appointed to the Monetary Policy Committee of the Reserve Bank of India by the Government of India.