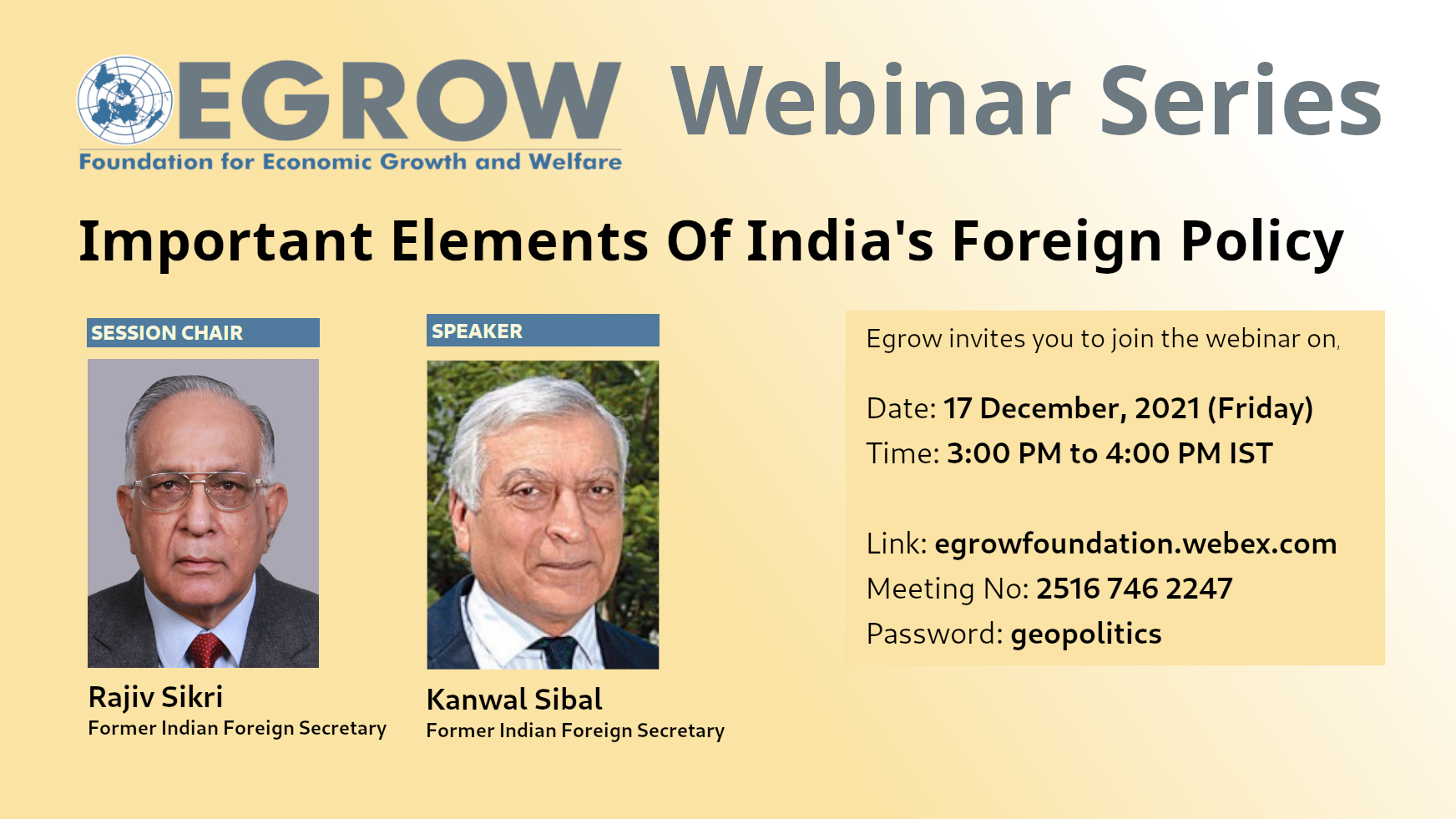 Rajiv Sikri was a career diplomat for more than 36 years with the Indian Foreign Service. He retired in 2006 as Secretary in the Ministry of External Affairs. In this capacity he had overall responsibility for India's relations with East Asia, ASEAN, Pacific region, the Arab world, Israel, Iran and Central Asia. Earlier he was Special Secretary for Economic Relations supervising foreign economic relations, including India's external technical and economic assistance programmes. He has served as India's Ambassador to Kazakhstan, and headed the Departments dealing with West Europe as well as the Soviet Union and East Europe in the Ministry of External Affairs. His other diplomatic assignments abroad include Deputy Chief of Mission in Paris, Political Counsellor in Moscow, Deputy Consul General and Commercial Consul in New York, and Political First Secretary in Kathmandu. He is also a Member of the Advisory Council of the Vivekananda International Foundation and the Dr. Shyama Prasad Mookerjee Research Foundation

Ambassador Sibal joined the Indian Foreign Service in July 1966, eventually serving as the Foreign Secretary of India. He has served as Ambassador of India to Turkey, Egypt, France and Russia, besides having served as Deputy Chief of Mission in Washington D.C., with ambassadorial rank. He is currently a member of the Executive Council of the Vivekananda International Foundation (VIF) and is on the Board of the New York-based East West Institute. Ambassador Sibal writes prolifically on international affairs and is a Padma Shree awardee for 2017.