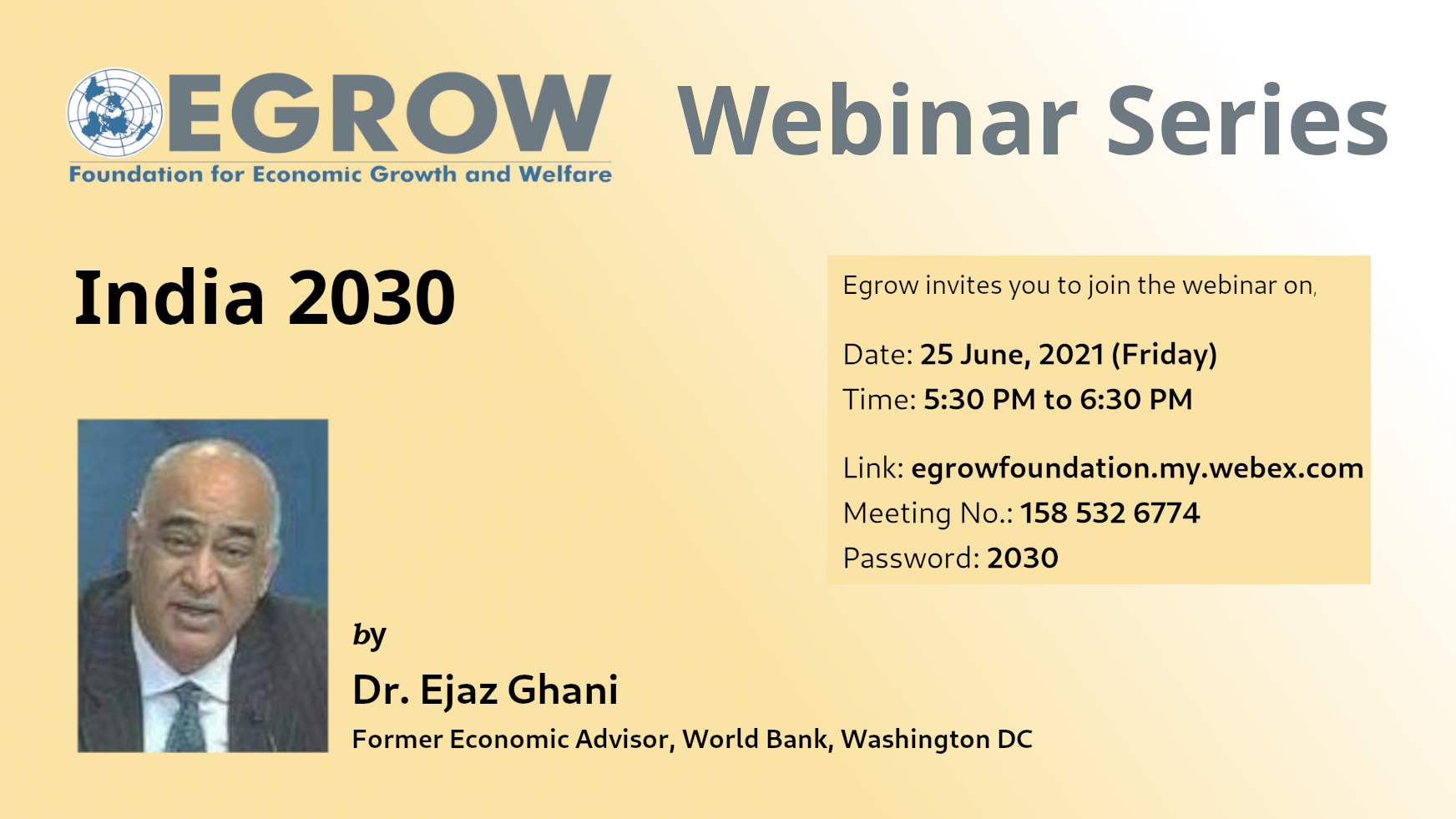 India’s rapid economic growth in recent decades faces large challenges because of its huge population and its multi-faceted characteristics. This creates hindrance to cope with the present health crisis, creation of jobs, management of macroeconomic shocks, mitigation of climate change and other socio-economic issues. On the contrary, India currently has a large demographic dividend. Its’ estimated that the median age of Indian population is 28.5 years with a population of 35.8 percent below 20 years and a life expectancy of 69.7 years.

India’s biggest initiative towards infrastructure development is the creation of the National Investment and Infrastructure Fund. However in order to reach its growth target in 2030 India requires to scale up investments. This can be carried out through a lenient fiscal stance along with dynamic and prudent monetary policy.

Ejaz Ghani, an Indian national, is currently Economic Advisor at The World Bank. He has worked on Africa, East Asia, South Asia, Corporate Strategy, and Independent Evaluation Unit. He has written on economic growth, macro policies, poverty, employment, entrepreneurship, urbanisation, gender, trade, decentralisation, and agriculture. He has been a consultant at ILO, UNCTAD, and UNICEF.

Prior to joining The World Bank, he taught economics at St. Anne's College (Oxford University) and Shri Ram College of Commerce (Delhi University). He obtained an M.Phil. & D.Phil. in Economics from Oxford University. He did his schooling in Bihar; Bachelors at St. Stephen's College; and Masters at Jawaharlal Nehru University, India. He is an Inlaks scholar.