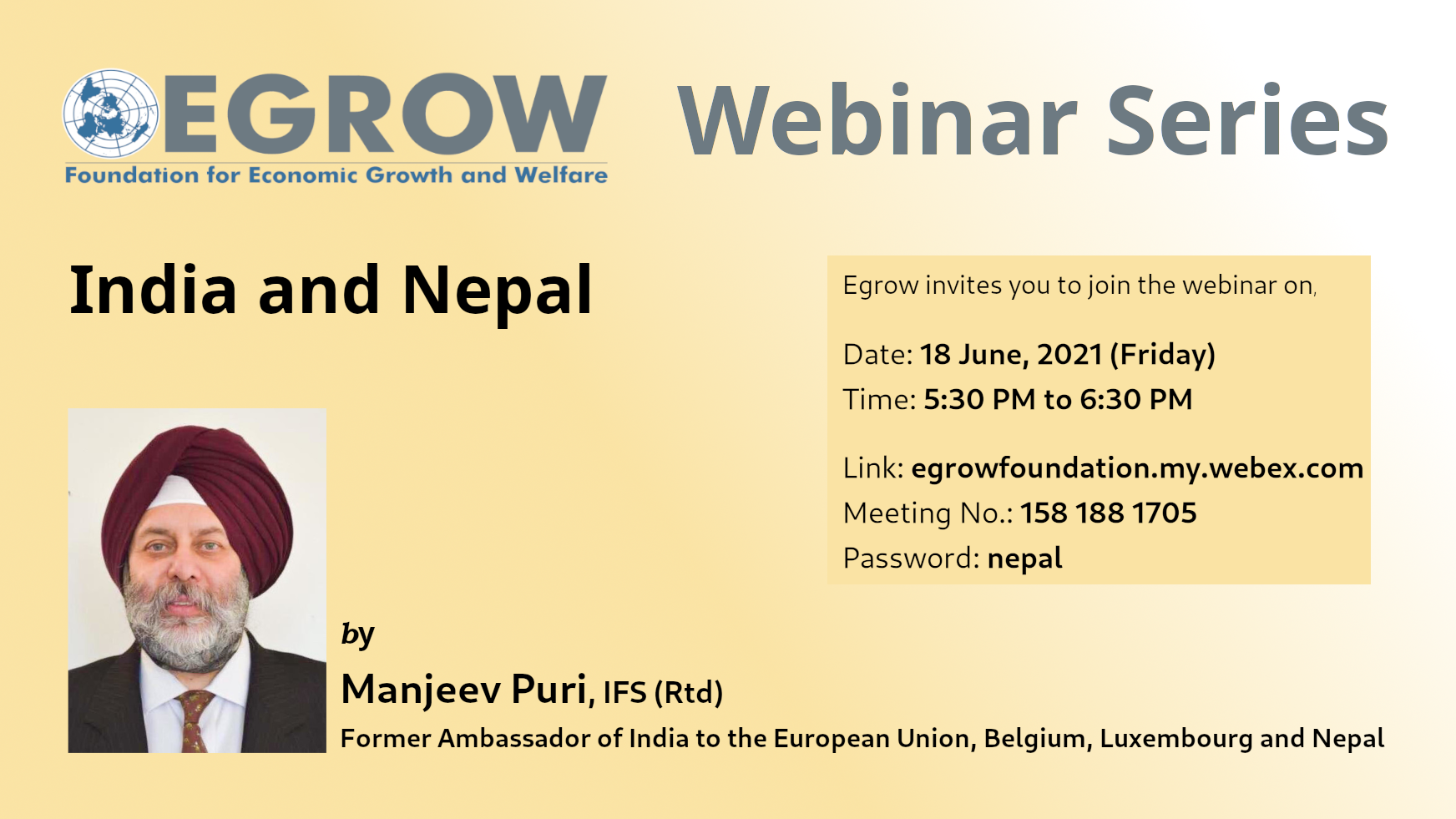 Nepal is situated in a geostrategic location between two big and powerful states India and China. India and Nepal have a permanent friendship for over seventy years. Post globalisation the partnership has strengthened with various joint development projects which have been beneficial for both the countries.

Nepal’s relationship with India is embedded in deep historical, geographical, cultural, socioeconomic and people-to-people links. Along with the need of improvement of these relationships amongst the people there is also a need to mobilise the ease of doing business for the mutual well-being of Nepal and India.

In this presentation the speaker will focus will critically examine the current geo-political situation of Nepal. Apart from this, he will also reflect upon the bilateral relations between India and Nepal.