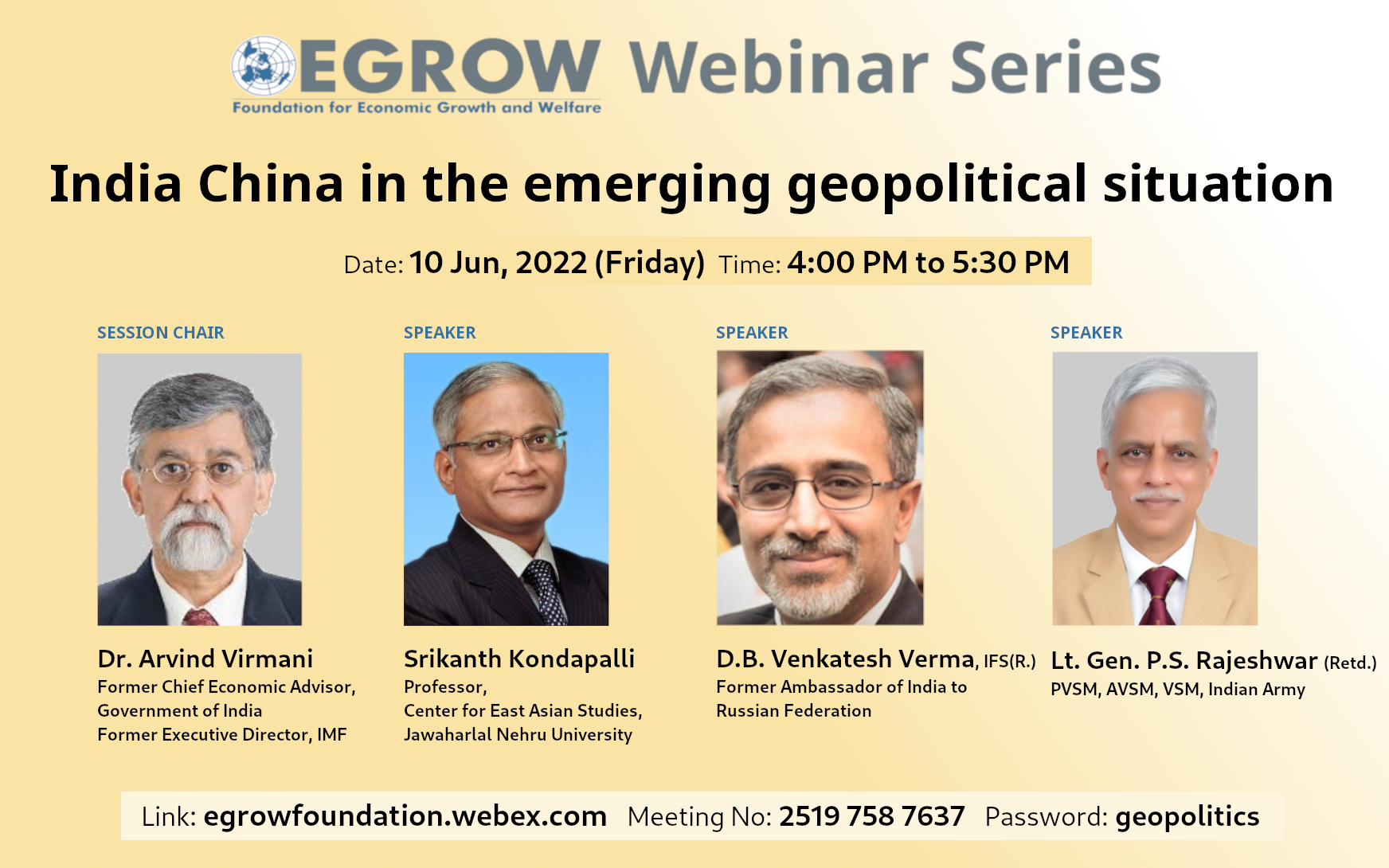 The current indo-china geopolitical issues and its implications. The two emerging and enduring powers India and china represent two different modes of civilization signify a complex and dynamic relationship in world politics. The wide-ranging reciprocal past experience was not there among the two nations and each nation had a poor perceptive of the psyche and system of the other.

Despite gloomy predictions about the inevitability of competition between China and India, cooperation between Asia‘s two emerging powers is possible. It, will however, require a much more concerted effort to bridge the gap in socio-cultural understanding that existed between them, there remains a fundamental lack of appreciation on the part of each country of the underlying cultural and societal norms that define the other norms that influence each country‘s perception of its own national interest. It is argued that greater appreciation of these elements is critical if China and India are to successfully address issues such as the ongoing border dispute. In present and future scenarios, strategic and diplomatic relations between China and India are fraught with complication, tensions and misgivings on both sides upon the historical legacies of relations between the two countries. Much of the mistrust and misgivings emanate from the legacy of the 1962 war between the two countries.

Any provocation in the frontier areas could become a serious threat to both the nations and it creates an opportunities for the third parties. As it is mentionable that the 21st century is the Asian century it is very suitable for both the Asian giant powers to bring back the gravity shift from the western domination global power. The gravity shift is possible if both the countries follow the diplomatic and conventional tool as the medium of their conflict resolution otherwise they will lose the opportunity.

With the potential to make big contributions to regional peace and development, these two Asian powers have, by design or accident, themselves been the sources of regional tension and insecurity to some extent.

This presentation using primary and secondary data shows how the geopolitical conflicts between the two territories may be resolved.

He has published several books, monographs, co-edited and several articles in edited books and in national and international journals and newspapers. He has presented several research papers at national and international conferences and lectured at Indian academic, defence, and media establishments. He is a guest faculty member at National Defence College, College of Naval Warfare, Army War College, Indo-Tibetan Border Police Academy and Border Security Force Academy.

Ambassador D.B.Venkatesh Varma was a Member of the Indian Foreign Service from 1988 to 2021. During his diplomatic career, he has worked in the Ministry of External Affairs, in the Office of External Affairs Minister and in the Prime Minister’s Office. He served as India’s Ambassador to Conference on Disarmament in Geneva, to the Kingdom of Spain and to the Russian Federation, until October 2021.

Amb. Varma has vast experience in India’s Security and Defence policies, including its nuclear, missile, and space programs. He has more than 12 years of experience in the field of multilateral non-proliferation and disarmament—nuclear, chemical, biological and conventional weapons, having served three postings in the Conference on Disarmament in Geneva. He also served as Joint Secretary in charge of Disarmament and International Security in the Ministry of External Affairs between 2010-2013. He was a member of the UN Group of Government Experts on Missiles and on Disarmament and Nuclear NonProliferation Education. He was also a Member of the Indian Delegation to the UNGA in 1998-1999, 2003- 2005 and 2008-2016. He has attended 9 Sessions of the UN First Committee and 7 Sessions of the United Nations Disarmament Commission.

Amb. Varma was the first Recipient of the S.K.Singh Award for Excellence in the Indian Foreign Service in 2011 for his contribution to the negotiations of the Civil Nuclear Initiative.

Amb. Varma has an M.Phil in International Relations (Disarmament Studies) from the Jawaharlal Nehru University, Delhi. He has spoken at numerous think-tanks in Geneva, Washington, New York, Monterey, Vienna, Brussels, London, Melbourne, The Hague, Seoul, Madrid and Moscow. He has lectured at the Russian Diplomatic Academy, the Russian General Staff Academy in Moscow, the National Defence College, Institute of Defence Studies and Analyses and Foreign Service Institute, New Delhi, and the College of Defence Management, Secunderabad.

Lieutenant General Podali Shankar Rajeshwar PVSM, AVSM, VSM, ADC was a former General officer in the Indian Army. He last served as the 14th Commander-in-Chief, Andaman and Nicobar Command, from December 2019 to May 2020. He took office on 1 December 2019 when Vice Admiral Bimal Verma retired. He superannuated on 31 May 2020, handing over command to Lieutenant General Manoj Pande. Earlier, he had served as the 12th Chief of Integrated Defence Staff, from November 2018 to November 2019.