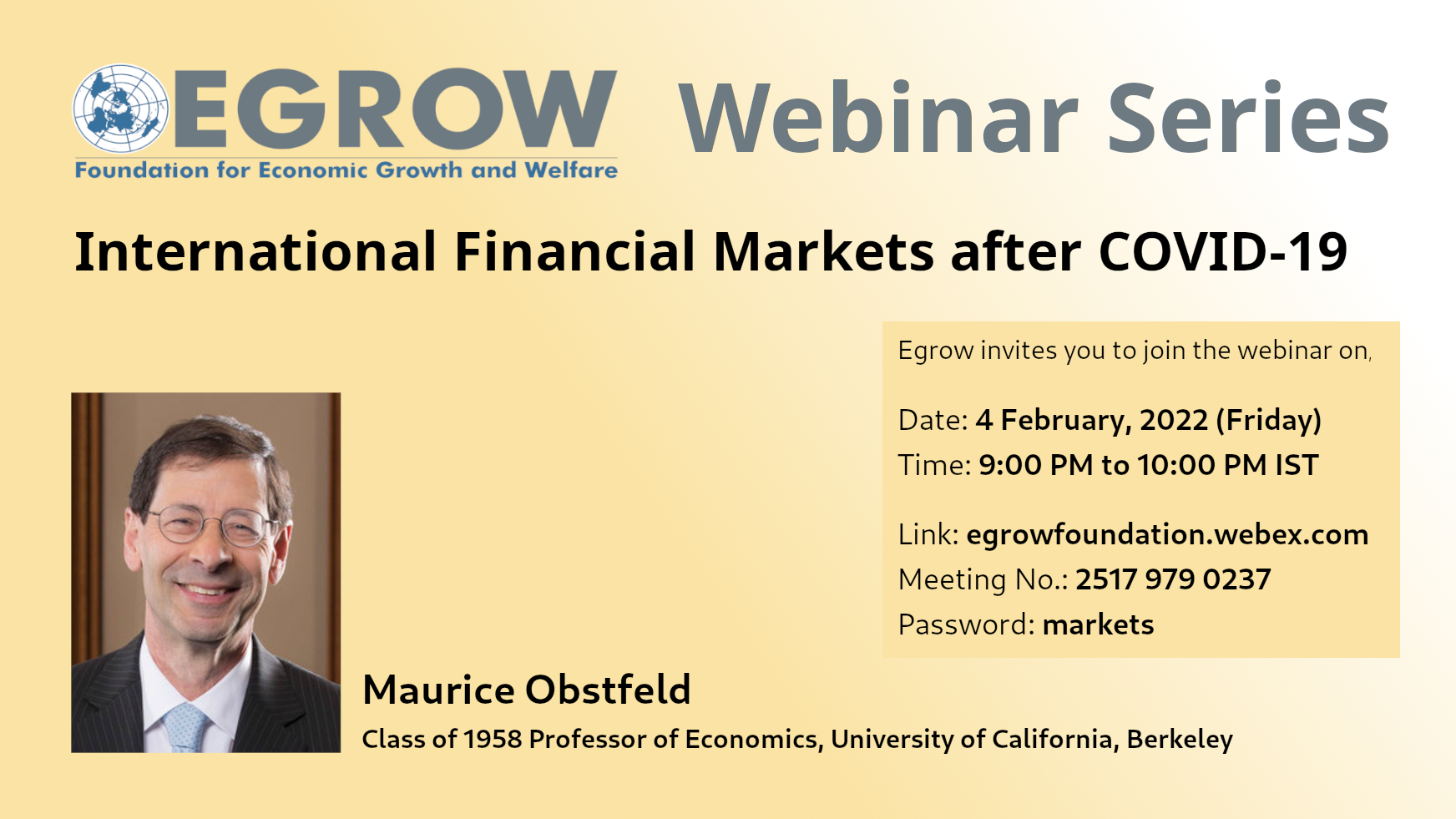 In March of 2020, international markets seized up with a violence unequaled since the Global Financial Crisis (GFC) nearly a dozen years before. As economies around the world locked down in the face of the potentially deadly but completely novel SARS-CoV-2 virus, stock markets fell, firms and governments scrambled for cash, liquidity strains emerged even in the market for U.S. Treasurys, and capital flows to emerging and developing economies (EMDEs) reversed violently. This presentation reviews the evolution of global financial markets since the GFC, changes in academic thinking about these markets’ domestic impacts, the strains seen during the COVID-19 crisis, and perils that may lie ahead. A key theme is that stability will be enhanced if the global community embraces reforms that elevate market resilience, rather than depending on skillful policymakers wielding aggressive but ad hoc policy interventions to ride to the rescue again.

Maurice Obstfeld is the Class of 1958 Professor of Economics at UC Berkeley. He joined Berkeley in 1989 as a professor, following appointments at Columbia (1979-1986) and the University of Pennsylvania (1986-1989). He was also a visiting professor at Harvard between 1989 and 1991. He received his Ph.D. from MIT in 1979, following degrees from the University of Pennsylvania and the University of Cambridge. In 2014-2015 he was a Member of President Obama’s Council of Economic Advisers, and from 2015-2018 he served as chief economist at the International Monetary Fund. Before that, he served as an honorary adviser to the Bank of Japan’s Institute of Monetary and Economic Studies. Among Professor Obstfeld's honors are the Frank Graham Lecture at Princeton, the inaugural Mundell-Fleming Lecture of the International Monetary Fund, the Bernhard Harms Prize and Lecture of the Kiel Institute for World Economy, the L. K. Jha Memorial Lecture at the Reserve Bank of India, and the Richard T. Ely Lecture of the American Economic Association. Professor Obstfeld is a Fellow of the Econometric Society and the American Academy of Arts and Sciences. He is active as a research fellow of the Centre for Economic Policy Research and a research associate of the National Bureau of Economic Research. Most recently, he has joined the Peterson Institute for International Economics in Washington, D.C., as a nonresident senior fellow.