Is Development Innovation a Good Investment? Which Innovations Scale? 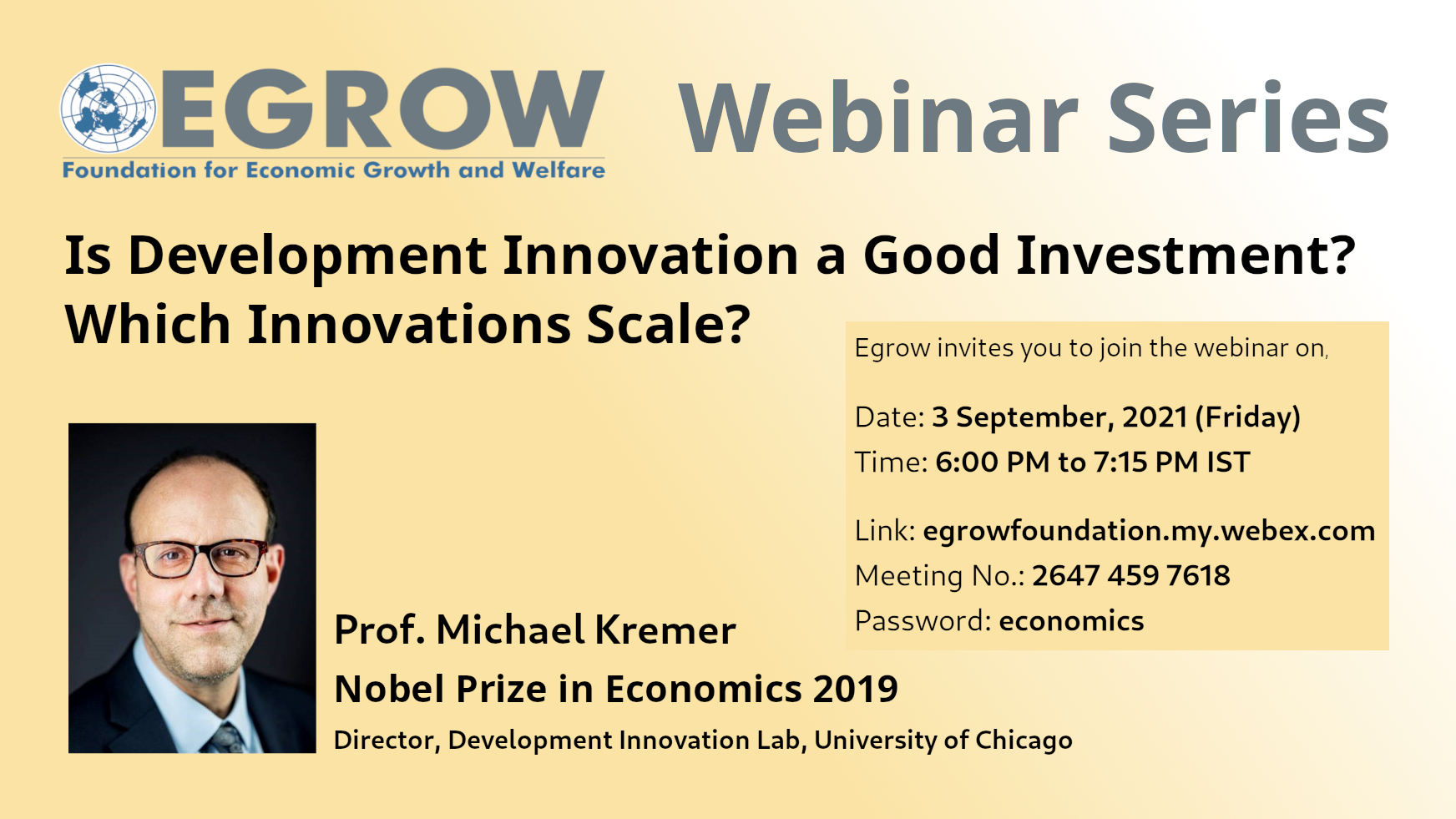 Michael Kremer Directs the Development Innovation Lab at the University of Chicago, where he is a University Professor.

He is the joint winner of SverigesRiksbank Prize in Economic Sciences in Memory of Alfred Nobel (Economics Nobel Prize) 2019, for an “experimental approach to alleviating global poverty”. He is also a recipient of a MacArthur Fellowship, a Member of the National Academy of Sciences, a Fellow of the American Academy of Arts and Sciences, a recipient of a Presidential Faculty Fellowship, and was a World Economic Forum Young Global Leader. He is a co-founder of BREAD, the association of development economists. He received his PhD in Economics from Harvard University, and was the Gates Professor of Developing Societies in the Department of Economics at Harvard University from 2003 to 2020.

Michael’s work focuses on innovation, including in education, health, water, finance and agriculture in developing countries; he has also done work in the application of behavioral economics, and political economy to development economics issues. He has written multiple papers on incentives around innovation, including on patent buy-outs, Advance Market Commitments, and approaches to funding social innovation.

An innovator and social entrepreneur, Michael remains active in translating his academic work into programs that have impacted millions of lives around the world. His work on Advance Market Commitments for vaccines was instrumental in the development of a new pneumococcal vaccine, tackling a leading cause of infant morbidity and mortality. The vaccine has now been rolled out in 60 developing countries. Drawing on his work on school-based deworming, he co-founded Deworm the World. As part of Evidence Action, it now brings deworming to over 150 million children annually. His work on safe drinking water lead to the Dispensers for Safe Water Program, which reaches 4 million people via the NGO Evidence Action. He is a co-founder and board member of Precision Agriculture for Development, which leverages digital technology to improve productivity and incomes for small-holder farmers in developing countries. He founded WorldTeach, which placed more than 7,500 volunteers as teachers in developing countries from 1987 to 2019.

Michael is a co-founder and serves as Scientific Director of USAID's Development Innovation Ventures (DIV), an open, tiered, evidenced-based fund that supports innovation for development.