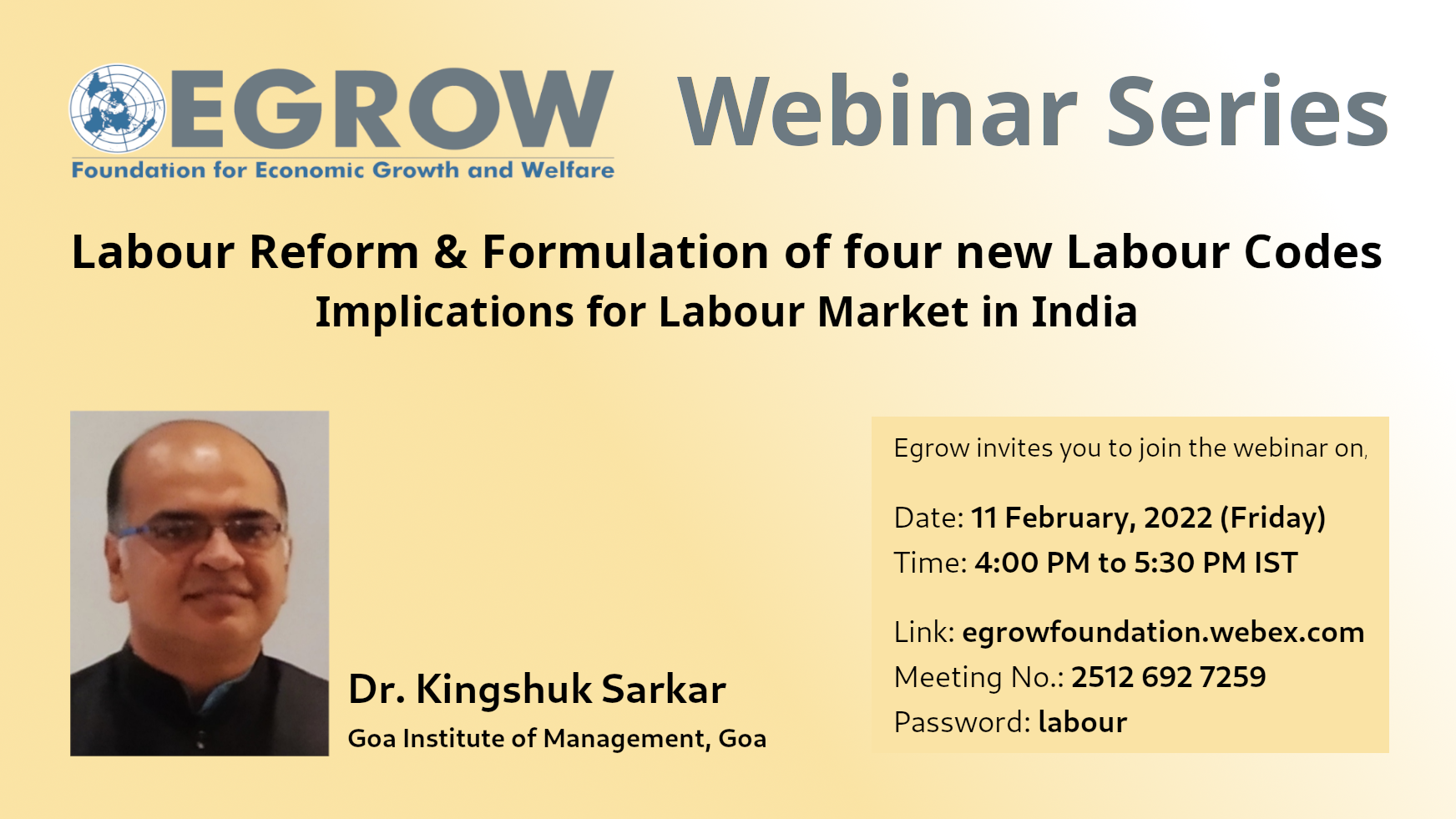 The Central Government (Ministry of Labour & Employment) has introduced labour codes in recent times. These Codes are supposed to replace existing labour laws. There are 44 labour laws enacted on the part of the Central Government. These four Codes are supposed to categorize these existing labour laws into four broad segments namely wage, social security, industrial relation and occupational health safety welfare. Code on Wages has already been passed in both houses of the parliament and is considered an act. Other Codes are also in advanced stages of being passed at the parliament. There has been an engaging round of tripartite consultations and social dialogue prior to the introduction of these Codes. Ministry has sought suggestions and objections from all possible stakeholders before giving final shape to these Codes. However, disagreements still remain and reservations particularly from the trade unions and workers’ side pertaining to the content of these Codes are quite evident.

These newly enacted Codes have profound impacts on the workings of the labour market. The labour market itself has undergone significant changes over the last three decades or so. The state intends to play the role of facilitator rather than a regulator. Employers are insisting on more flexibility in the matter of choosing the right size of labour force based on market imperatives. Trade unions are gradually losing their bargaining power and facing a crisis of mobilization. The Indian labour market has witnessed huge informalization during the last three decades too. There have been fundamental shifts in labour market paradigms particularly in areas of employer-employee relation, terms and conditions of employment, mobilization of the workforce, the internal organization of human resources, pricing of labour and provision of welfare facilities etc. The Indian labour market is characterized by a huge excess supply of unskilled labour. The last decade and a half have been characterized by very low employment growth. Corresponding GDP growth has been quite impressive given the slowdown in the world economy. However, such growths were accompanied by very low employment elasticity. India has a very young population and failure to create jobs have serious socio-politico-economic repercussions.

Under such circumstances, the introduction of these four codes has profound repercussions on the workings of labour administration in particular and the labour market in general. Possible repercussions would be discussed with respect to proposed provisions in these four Codes. Initially, the important provisions from the labour market perspectives under these Codes would be identified and possible outcomes analyzed. Further, an attempt would be made to identify changes in the world of work and to what extent these Codes addressed those issues.

Dr Kingshuk Sarkar is presently a faculty member at the Goa Institute of Management, Goa, India. He had primarily worked for Govt. of West Bengal as a Labour Administrator. He has a PhD in Economics from Jawaharlal Nehru University, New Delhi. His areas of interest are labour economics, industrial relation, labour administration, informal sector labour etc. He has worked as a Fellow at the V. V. Giri National Labour Institute, Noida. He had also worked as Assistant Professor in the National Institute of Rural Development, Hyderabad. He also served as a guest faculty at the Jamia Millia Islamia, New Delhi.

He has in his credit a number of publications in reputed journals. Attended and conducted numerous conferences, workshops, seminars in India and outside. He has carried out important research assignments in India and abroad and has represented India on global forums on a few occasions.