Looking Back On Reforms: Agenda For The Future 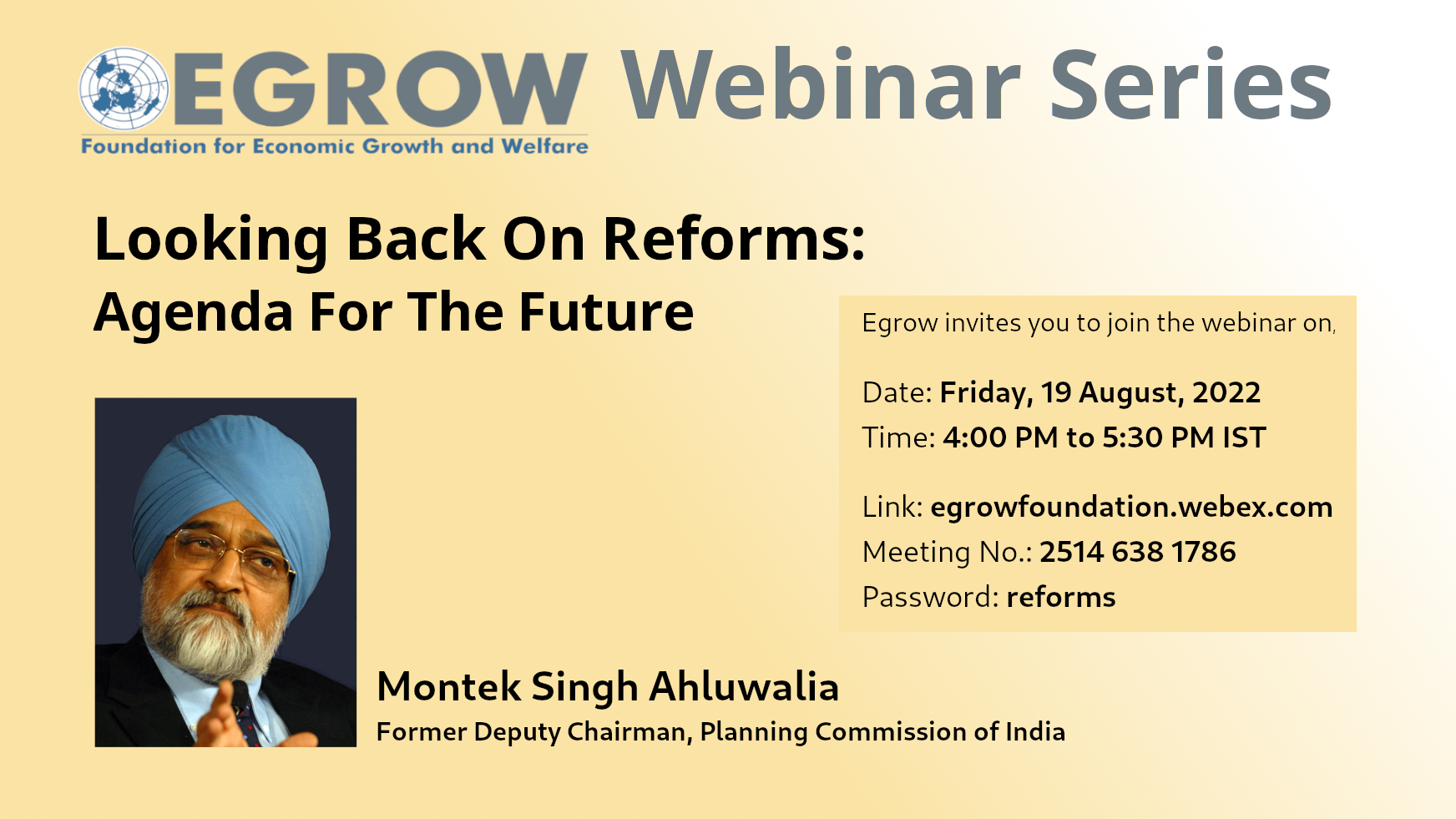 The major objective of the economic reforms of 1990-91 was to plunge Indian economy into the arena of “Globalization” and to give it a new thrust on market orientation. The policy was intended to move towards higher economic growth rate and to build sufficient foreign exchange reserves.

It wanted to achieve economic stabilization and to convert the economy into a market economy by removing all kinds of unnecessary restrictions. The policy aimed at increasing the participation of private players in all sectors of the economy. The talk reflects upon the economic reforms that has been taken since 1990-91 and its effect on Indian Economy.

Montek Singh Ahluwalia, an economist, and civil servant, was former Deputy Chairman of Planning Commission, Government of India. He joined the Government in 1979 as Economic Adviser in the Ministry of Finance, after which he held a series of positions including Special Secretary to the Prime Minister; Commerce Secretary; Secretary in the Department of Economic Affairs; Finance Secretary in the Ministry of Finance; Member of the Planning Commission and Member of the Economic Advisory Council to the Prime Minister. In 2001, he was appointed as the first Director of the newly created Independent Evaluation Office of the International Monetary Fund. He resigned from that position in 2004 to take up the position of Deputy Chairman of the Planning Commission which he held from 2004 to 2014.

Mr. Ahluwalia has been a key figure in Indian economic policy. He writes on various aspects of development economics and has been published in prominent Indian and international journals and books. He co-authored Re-distribution with Growth: An Approach to Policy, which, published in 1975, was a path-breaking book on income distribution. In February 2020, he published his book, Backstage: The Story Behind India’s High Growth Years, an insider’s account of policymaking from 1985 to 2014.

For his outstanding contribution to economic policy and public service, he was conferred the prestigious ‘Padma Vibhushan’ in 2011, India’s 2nd highest civilian award for exceptional and distinguished service.

Mr. Ahluwalia graduated from Delhi University and holds an MA and an MPhil in Economics from Oxford University.He is an Honorary Fellow of Magdalen College Oxford.