New Monetary Policy in the Wake of GFC and the Pandemic 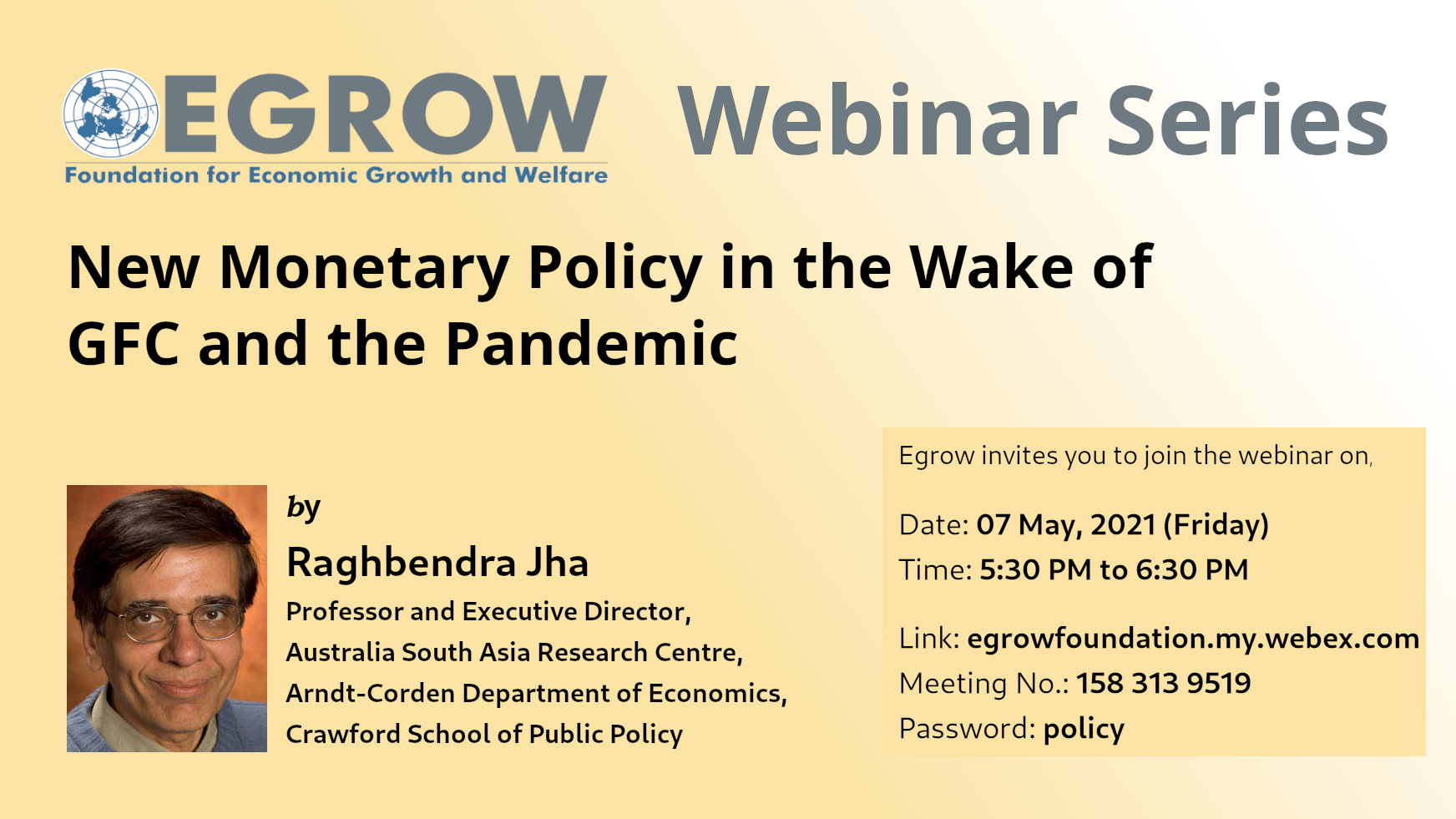 The COVID-19 pandemic has come when the global economy was already under considerable stress as it was recovering from the Global Financial Crisis (GFC) of 2008-09 and many of the emergent measures that were put in place to combat the GFC were still operative. simultaneously needed.

In particular, interest rates were at historic lows in many countries and fiscal deficits and public debts were at high levels. This implies that the scope for expansionary monetary and fiscal policies is rather limited. Furthermore, policy measures to mend broken supply chains and restore confidence are also simultaneously needed.

So, what sort of macroeconomic policies should be adopted? The double punch of the GFC followed by the pandemic has made it difficult to pursue either traditional monetary policy or traditional fiscal policy. This is particularly true against a background of continued deficient aggregate demand compounded during the pandemic by broken supply chains for the world economy.

This lecture will deal with these issues and provide a rationale for monetary and fiscal policy to work together rather than having an independent monetary policy. This lecture draws on Chapter IX of my forthcoming book:

This book hs two chapters on macroeconomics during the pandemic. This lecture covers the second chapter.

Raghbendra Jha, PhD (Columbia), FWIF, is Professor of Economics and Executive Director Australia South Asia Research Centre in the College of Asia and the Pacific in the Australian National University. Previously he has taught at Columbia University and Williams College in the US, Queen’s University in Canada, University of Warwick in the UK and Delhi School of Economics, Indian Institute of Management and Indira Gandhi Institute of Development Research in India. He has published 32 books/monographs with major publishers including Oxford University Press, Palgrave Macmillan, Routledge, Edward Elgar, World Scientific Press and more than 150 papers in scientific journals and other refereed outlets in the areas of macroeconomics, public economics, and social welfare. His research has been funded by several agencies including the Australian Research Council -AusAID (Australia), MacArthur Foundation (US), IDRC (Canada), DFID (UK) and IFAD (Rome). He has consulted for, among others, the Asian Development Bank, the World Bank, the UNESCAP, UNRISD, the Reserve Bank of India and the Government of India. He is on the editorial boards of major economics journals.