The Evaluation of Inflation Targeting in India 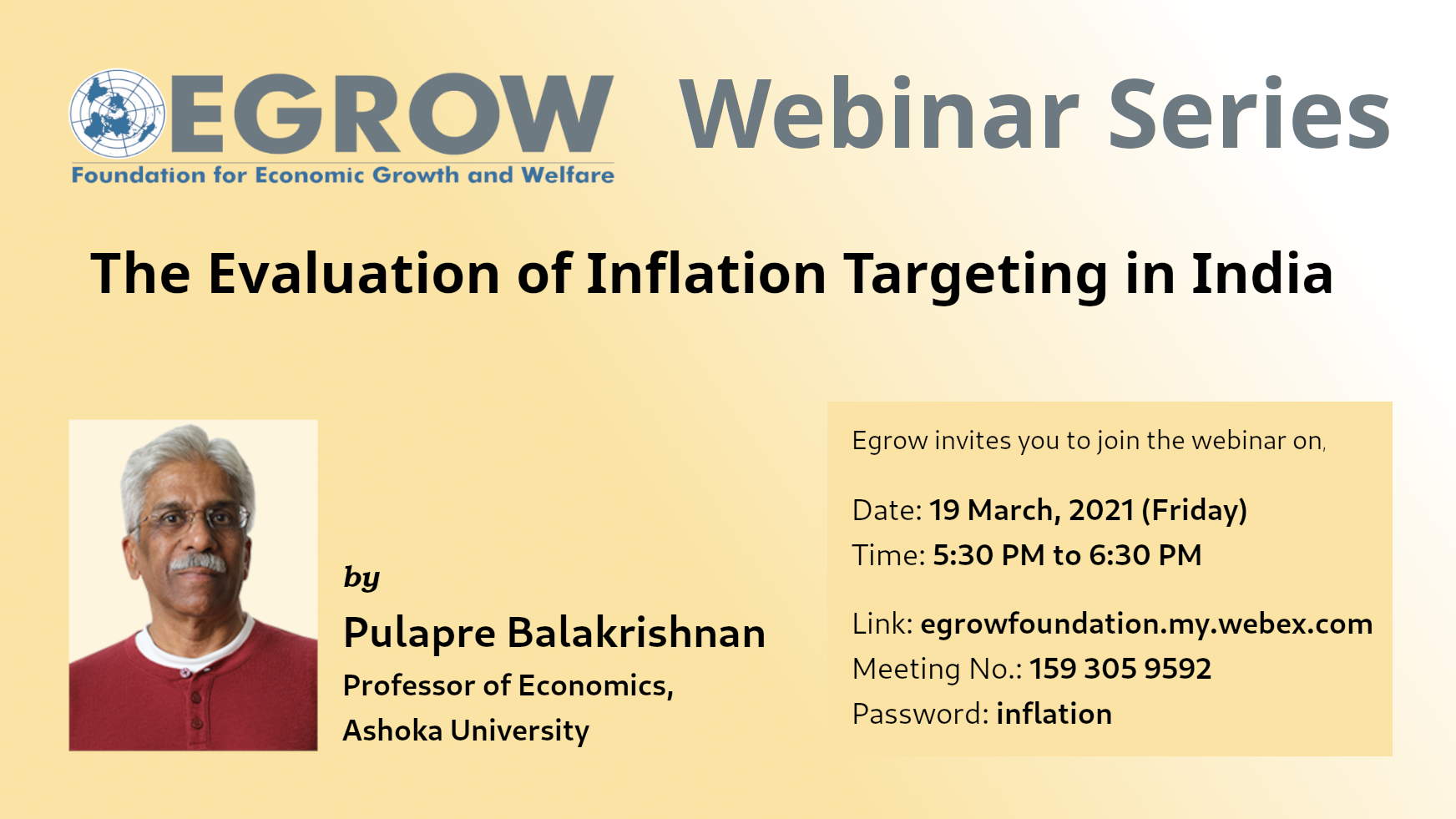 Pulapre Balakrishnan was educated at Moscow, Madras and New Delhi, and trained as an economist at Oxford and Cambridge. His published work spans the inflationary process, the measurement of productivity, the transition to a market economy in post-communist Europe, agricultural decline in Kerala and economic growth in India. Though published in the profession's journals, he is perhaps better known for his books 'Pricing and Inflation in India' (OUP, 1991) and 'Economic Growth in India: History and Prospect' (OUP, 2010). He has held appointments at Oxford University, the Indian Statistical Institute at Delhi and the Indian Institute of Management at Kozhikode. He has served as Country Economist for Ukraine at the World Bank and as a consultant to the ILO, RBI and UNDP. During 2010-13 he was the Director of the Centre for Development Studies at Thiruvananthapuram. Currently Professor of Economics of Ashoka University, Sonipat, he has for close to three decades by now intervened in the public debate on India's economy through his popular writing. Balakrishnan is a recipient of the Malcolm Adiseshiah Award for Distinguished Contribution to Development Studies (2014).