The Importance of Legal Reform for Growth 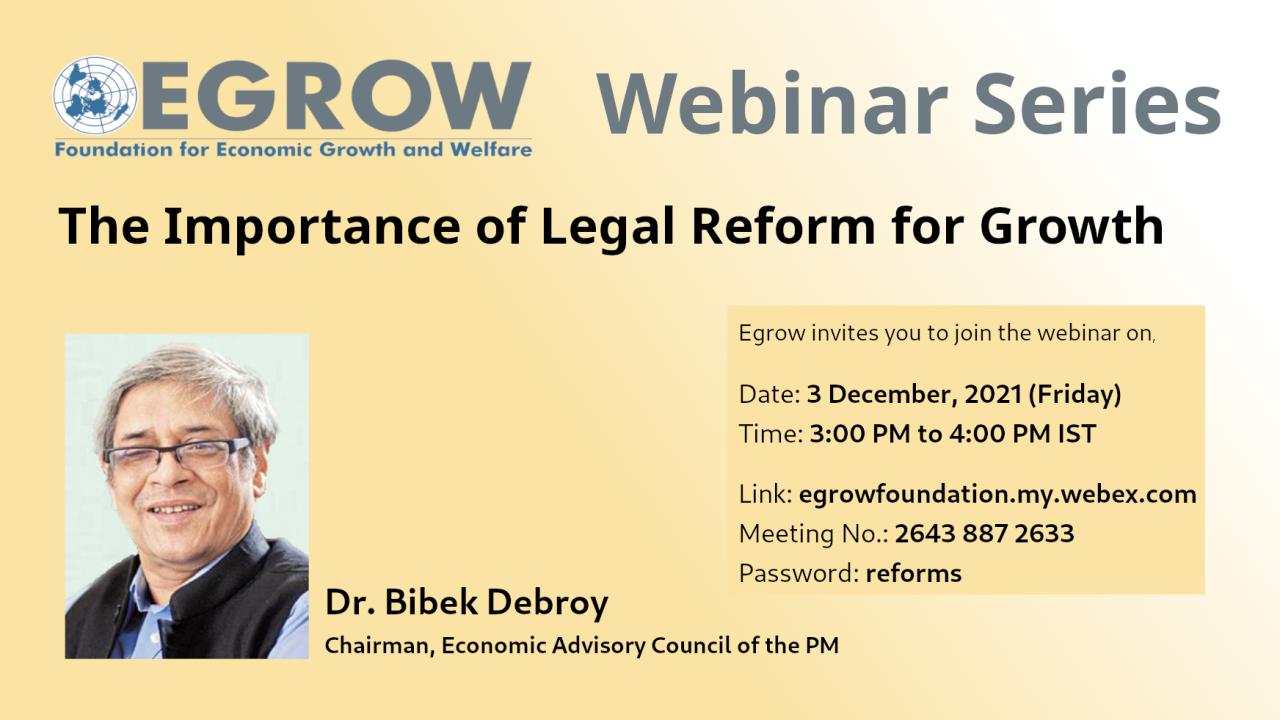 Strong institutions remain pivotal to promote growth of GDP. The legal system remains one of the major institutions of a country. Due to a dynamic socio-Political economic scenario, to achieve growth in GDP, an examination of the present legal system remains a necessity.
Legal reform involves essentially two components, law reform and judicial reform. Law reform means changes in laws, while judicial reform refers more to the procedural aspect, that is, issues of reducing delays and speeding up dispute resolution. The presentation tries to investigate into the existing legal structure and recommend reforms which are currently required to promote growth.

Dr Bibek Debroy is the Chairman of the PM's Economic Council.

From its inception in January 2015, till June 2019, he was a member of the NITI Aayog, the think tank of the Indian Government. Dr Debroy was awarded the Padma Shri in 2015. In 2016, he was awarded the Lifetime Achievement Award by US-India Business Summit.

Dr Debroy has authored several books, papers and popular articles, has been the Consulting Editor of Indian financial and other newspapers. He was the Chairman/member of various committee.
He has taught at Presidency College, Calcutta, Gokhale Institute of Politics and Economics, the Indian Institute of Foreign Trade and the National Council of Applied Economic Research.