What are we learning from the Ukraine war 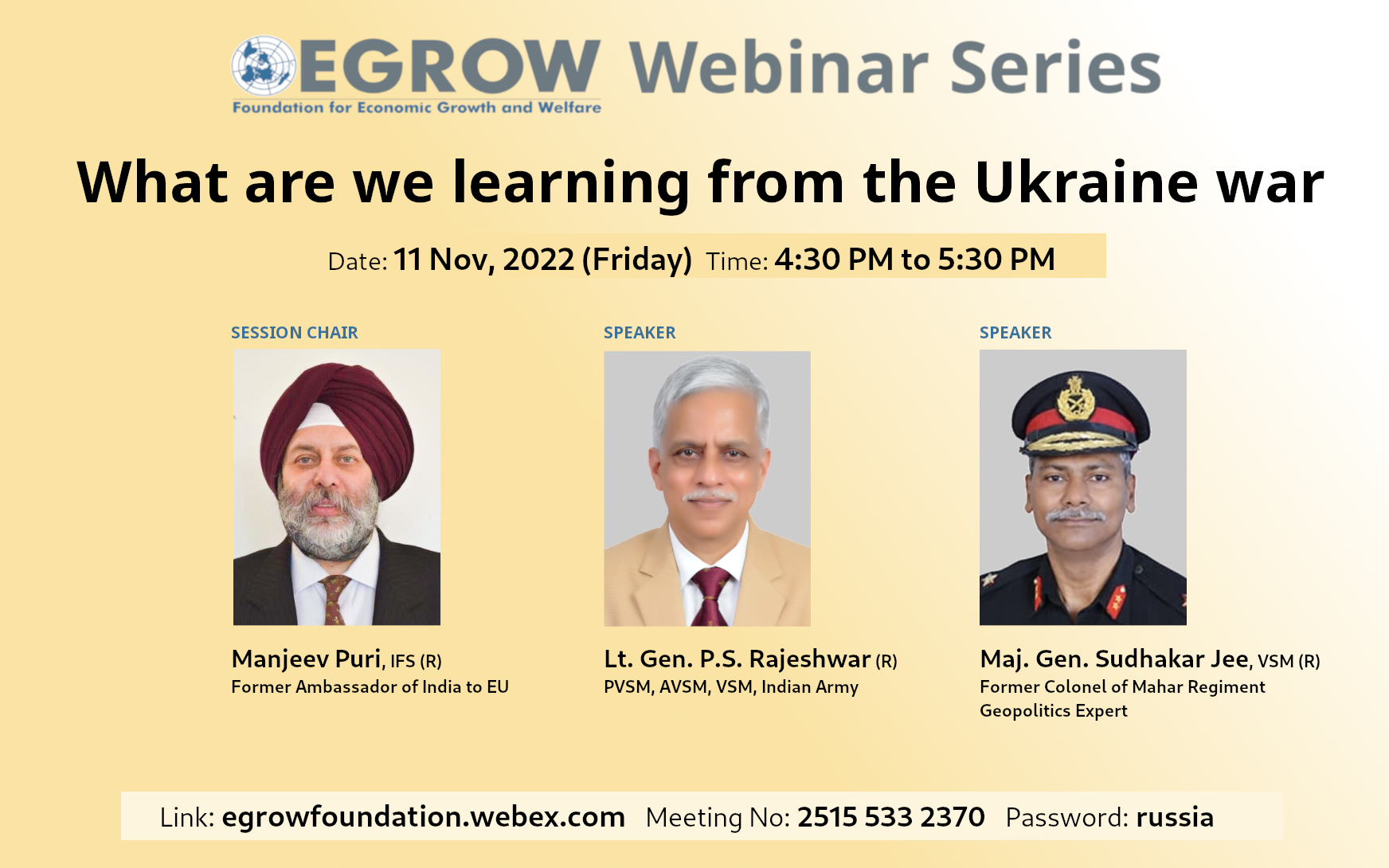 Lieutenant General Podali Shankar Rajeshwar PVSM, AVSM, VSM, ADC was a former General officer in the Indian Army. He last served as the 14th Commander-in-Chief, Andaman and Nicobar Command, from December 2019 to May 2020. He took office on 1 December 2019 when Vice Admiral Bimal Verma retired.[2][3][4] He superannuated on 31 May 2020, handing over command to Lieutenant General Manoj Pande. Earlier, he had served as the 12th Chief of Integrated Defence Staff, from November 2018 to November 2019.

Major General Sudhakar Jee, Vishisht Seva Medal is an alumnus of Sainik School, Bhubaneshwar and National Defence Academy, Khadakwasla. He was commissioned into The Mahar Regiment of the Indian Army in June 1983 and has vast experience in operations across a wide spectrum of conflict and terrain profiles within India and abroad. The General Officer is presently holding the appointment of Deputy Commandant, Army War College, Mhow where the present and future leaders of the Indian Armed Forces and Friendly Foreign Countries are trained in Strategy and the Art of Warfare. He was elected as Colonel of the Mahar Regiment and has been holding the appointment since 01 Sep 2017.

Major General Sudhakar Jee gave an institute lecture on the 25th of February. Watch Out! decided to interview him to know more about his way of life and gain a better view of his opinions about the nation’s security and the role we’re supposed to play within it.