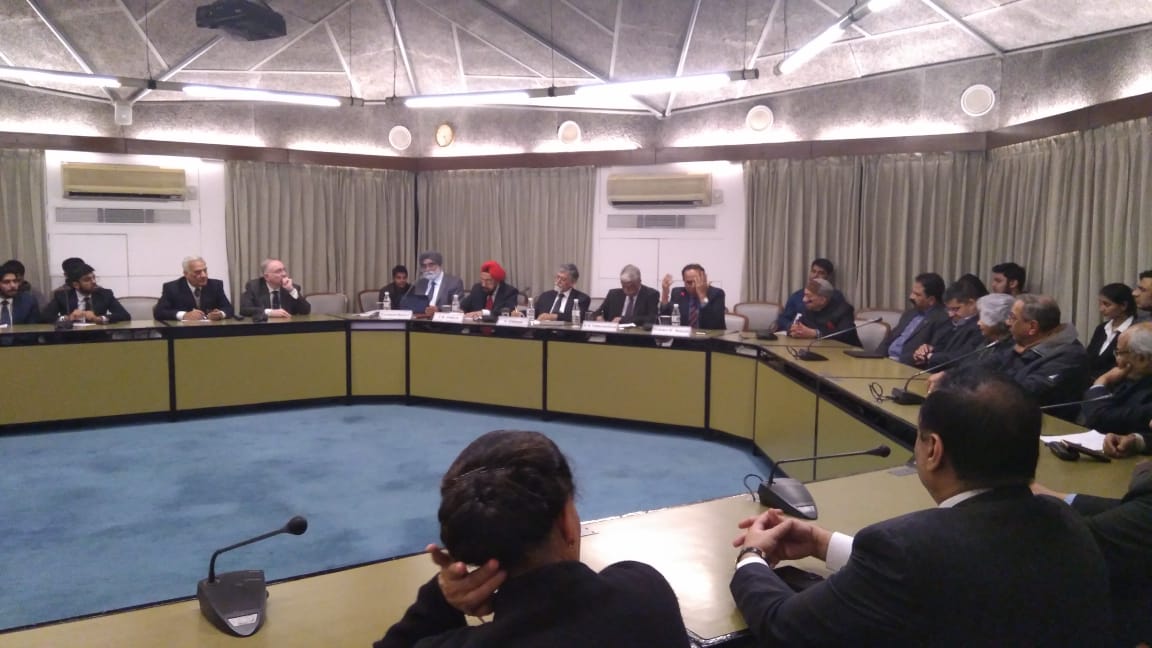 EGROW - Foundation for Economic Growth and Welfare and India International Centre jointly organized a panel discussion on Union Budget, 2018-19 held on February 1, 2019. The session was chaired by Dr. Arvind Virmani, Chairman of EGROW and Former Chief Economic Advisor, GoI. The panelists were Mr. V.K. Viswanathan, Dr J.S. Juneja, Dr. Girish K. Ahuja and Dr. Charan Singh. Dr Arvind Virmani initiated the discussion and focused on fiscal deficit by saying that the government has been largely able to maintain fiscal target of 3 percent of GDP while it violated by 0.1 percent in current, and by 0.3 percent in next year

Listen to recording of event.

Dr. Ahuja spoke on the change in tax structure. The second point he discussed was on housing, observing that a person possessing two self-occupied houses, then tax payment has been exempted on the second house. According to him if there is more than one house then the previous law was that for the occupied house, tax payment was nil while the second house was treated as deemed to be nil. In the recent budget, the tax payment for the second house is also nil. Annual tax payment of two houses is nil in case they are self occupied. However the interest deduction for the houses has remained limited to Rs 2 lakh with one house or two houses.

Dr. Juneja talked about Micro, Small and Medium Enterprises (MSMEs). The major problem he pointed out that there are 68 million MSMEs in India which have been creating 110 million jobs. However, in the last few years there has been jobless growth and budget has not discussed about it. According to him the budget could have come up with incentives for startups for young people to start their own enterprises. He also said that manufacturing sector needs a push as growth in the sector has been declining. Many MSMEs have become traders and hence that part of the manufacturing in MSMEs has suffered. He also discussed that enterprises should be able to create value from their innovation.

Mr. Viswanathan talked about benefits in this budget for corporates. He said that industry roughly accounts for 25-26 percent of GDP and manufacturing accounts for 15-16 percent of this. Despite of 'Make in India' that Modi Government brought to give special impetus to manufacturing growth, the manufacturing contribution has remained 15-16 percent of GDP. The corporate tax 3 years ago was 30 percent and corporates enjoy benefits like export incentives, investments in science and technology, research and developments. However many benefits are withdrawn and allowances for investment in sciences and technology and innovation are reduced to 50 percent. Though the government had promised to bring down the corporate tax from 30 percent to 25 percent, corporate tax is not reduced.

Dr. Charan Singh pointed out that annual growth rate in nominal GDP is 11.5 percent. The Gross Fiscal Deficit has been contained. The amount of borrowing is high and interest payments are becoming significantly large in our country. Hence there is a need to take steps to lower interest payments, maybe by restructuring of loans. The recapitalization of banks has taken place to a significant extent by Rs 2.6 lakh crore. The emphasis on farm sector and health would benefit industry. He suggested for a universal pension scheme instead of having a contributed pension scheme. He also pointed out that black money are mostly concentrated in the entertainment industry and this Union budget has started looking into it.

Ashok Vishandass pointed out that the budget sought to benefit 3 major segments viz. farmers, informal sector workers, and tax payers (upto Rs 5 lakh). His concern was that landless cultivators have escaped the attention of Government and have been bypassed. They constitute over 30 percent of farmer households. They neither get the 'right' price (MSP) nor would get Rs 6,000 for want of title to land. Thus, there is a double whammy for them. This amount of Rs 6,000 which is Direct Benefit Transfer to farmers is approx 9 percent of farmers average income and is "not too meagre" as some authors such as Ashok Gulati portray it as 'Drop in ocean' . Working it out as Rs 17 per day without regard to poverty line and farmers current level of income is akin to misleading the readers/audience. Some authors also have pointed out that the Government don't have data on farmers' land records of (upto 2 hectares). All states (except 3) have manual land records but only a few states have computerised it. Given the level of technology, and if states are willing, computerisation cannot be a big constraint. 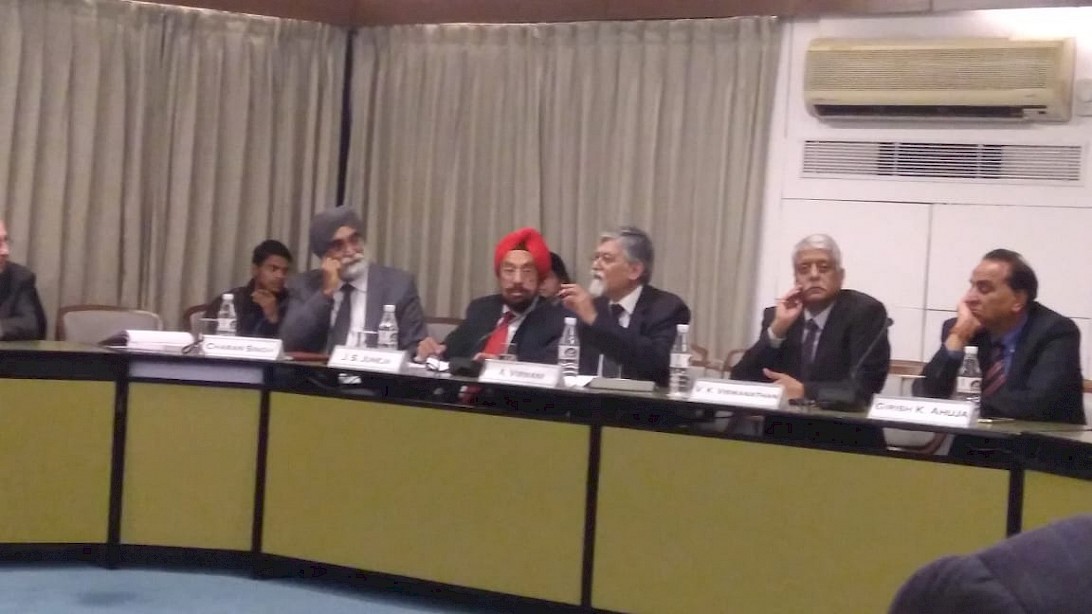 Dr. Arvind Virmani spoke about two points. First being that the government could not take advantage of the opportunity from the tariff war between US and China through trade diversion. That is if there is tariff on Chinese goods then US importers are looking for goods from other countries and India could have definitely been one to import from and benefited from the situation. Second uncertainty that is being created from this situation is rates. So if FDI and other supply chains do not know about the rates, they reduce investment, and search for alternative places. So there is a huge opportunity to attract labour intensive manufacturing.