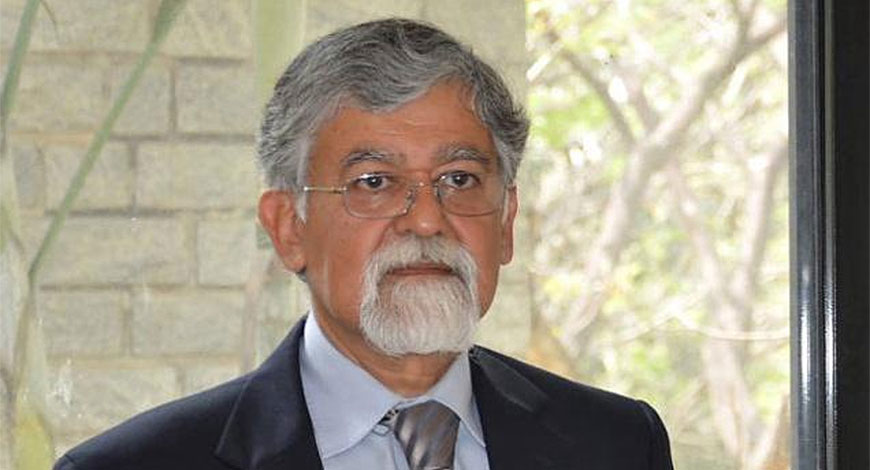 Q1: What was the effect of Demonetization on the economy

A1: According to my estimates (published) Demonetization (Nov 2016) reduced GDP about 0.6% of full year GDP (ie ~2% of one quarter GDP), but had little effect on total (formal +informal) Unemployment Rate (till June 2017). The former estimate was confirmed by a US study done a year after mine.

Q2: What was the effect of GST on the economy.

A2: The excessively complex design & implementation of the GST has had a negative effect in the transition from the earlier system. It has contributed to the reversal in the uptrend in GDP growth & the downtrend in unemployment rate, since July 2017! A simplified system of the kind some of us proposed more than 10yrs ago would have avoided this transitional loss!

Q3: How will State of Economy affect elections

A3: According to a model I developed in 2004, average per Capita GDP growth (PCGdpGr) has an effect on voting for/against incumbent as follows: If 5 yr avg of incumbent is greater(less) than that of the 5yr avg of previous Govt, there is a marginal increase (decrease) in vote share of incumbent!

Q1: The SC Tuesday termed RBI's resolution of Stressed Assets Framework (popularly known as the February, 12 circular) as 'ultra vires,' implying that it's beyond the central bank's legal power or authority. What's your view on this?

A1: Not being a lawyer I will accept the SC’s position on a matter of law, unless proved other wise. I understand that the SC has objected to 1 or 2 specific items in a multifaceted circular & not the whole circular. The RBI can drop these two items and re-issue a revised circular. Union Govt can either change the law relating to these two specific items or set up alternative mechanisms.

The PPP framework needs a comprehensive overhaul along lines suggested by Kelkar Commitee on this issue!

There is also a deeper issue of the financial problems that Nationalization of sectors like Coal mines have created for economy and the necessity of complete denationalization!

Q2: Recently, even the NCLAT shot down the regulator's NPA classification norms with regards to IL&FS loans asking banks not to classify them as NPAs. Do you think, increasingly, the central bank's regulatory and supervisory functions are coming under siege?

Q3: With the February, 12 circular becoming invalid, there are no debt restructuring or resolution schemes from RBI. Do you think this will lead to chaos (as banks will now work on restructuring independently and without an overarching framework uniform to all banks)? Will such a situation lead to a pile up of stressed loans as seen in the past?

A3: IBC & NCLT are now functioning bankruptcy and debt resolution mechanisms and have been gradually gearing up to meet the huge back log of cases arising from abysmal failure of earlier laws & mechanisms! RBI can re-issue the circular after dropping the few items/ parts which SC found ultra virus.

The issue of electricity sector loans cannot be separated from State Govt’s monopoly over distribution, their failure to allow competition and the Union Govt’s controls on & incomplete de-Nationalization of, Coal Sector. It is therefore a special problem. It should not be confused with normal loans to & loan repayment by, private firms in competitive, uncontrolled sectors!

RBI’s regulatory role is to set and enforce regulatory norms including those for NPA recognition and Capital Adequacy. It must have full authority do so for all institutions it is authorized to regulate.

III. NTBs For NTBs is Symmetry Not Retaliation: (NTBs on China should mirror those by China)

Q1:. Do you think our trade relationship with China -- and the huge surplus it enjoys -- offers some leverage and options in finding ways to pressure China, as we deal with increasing opposition from Beijing on several core concerns of India's?

A1: China is Communist party controlled and run non-market economy, so its export surplus must be viewed as different from any export surplus with a market economy. China has routinely used Non Tariff barriers (#NTBs) against India and other countries to generate export surpluses and it is symmetric trade policy (not retaliation) for India to use similar NTBs to reduce the trade deficit with China!

The primary objective of such symmetry policy is to credibly demonstrate to the Chinese Communist party leadership, that India will not be cowed down by its attempts to stall/slow India's rise, through a host of vetoes such as at UN terrorism committee, UNSC permanent membership and membership of Nuclear Supplies Group!

Q2: How is India placed in terms of using tariffs as a 'weapon'? Are there risks in the same, and does the US-China trade war offer encouragement as far as India is concerned?

A2: Country specific import tariffs are against WTO rules and should not be used by India. However, there is no bar to raising tariffs up to bound levels, on specific products whose export is monopolized by China or any other country. To some extent this was already done in the last two budgets, but a more careful analysis and focused adjustment of tariffs would be useful.

US has imposed both general and China specific tariffs based on National security exemption. This is clearly invalid for its general tariffs on steel and Aluminum, but valid for high tech imports from China. In India's case this exception should be held in reserve & not used in first move!

Q3. How credible are calls to boycott Chinese goods, considering that as per available figures, consumer goods account for a small percentage of imports?

A3: Privately organized & democratically implemented Boycotts of consumer goods, is a way for the citizens to demonstrate their commitment to certain principles! This is done by demonstrating that they are willing to pay the higher cost of alternative consumer goods or the inconvenience of not using certain products. They can sometimes have an effect disproportionate to the size of the costs imposed on the target, by building pressure from non-consumers!

Q4. Telecom equipment is among the biggest categories of imports from China. Considering that the biggest backers of Chinese goods are Indian telecom companies, are there limitations to what we might do in this front?

Q5. How do you think India should approach the 5g trials and the participation of Huawei? Should this be made conditional on certain Chinese reciprocal measures?

A5: Most free, open democratic economies are realizing the great dangers posed by new telecom technology invented and produced by a Communist Part dictatorship which is implementing 24x7x100 (%) surveillance of citizens who show even a modicum independent thinking viz Communist party propaganda diktats. Thus the govt must be extremely careful. However, at the trial stage it may be useful to get all possible details of the technology and its implementation and monitor it closely! This will alllow us to build appropriate Indian 5G specifications to ensure the safety & security of our networks in future!

Q6. Do you think getting Chinese investment into India – into manufacturing and other areas -- is one way of building leverage, by getting China more deeply invested -- and involved in the Indian market (as opposed to a buy-sell relationship that is beneficial to them)?

A6: Leverage is critically dependent on our will to use it and the willingness to bear short term costs in return for higher future benefits. Those who are unwilling to do anything to stop the growth in trade deficits will never have the will to use any leverage created by Chinese investment in India!

There are four sectors in which there is good scope for mutually beneficial FDI from China into India, under the FDI rules applicable to all foreign companies and countries (ie no special concessions): (a) Infrastructure (b) Construction Industry, (c) Manufacturing (excluding Telecom, Electronic Control systems) (d) Agriculture. Logistics is another potential area!

Q7. If we go down this route, what are risks in terms of counter-measures from China? If we consider APIs where we have near complete dependence -- or rare earths -- how do we deal with this if China was to weaponise these exports, both in the short-term and long-term (in terms of building self-sufficiency)?

A7: Many China watchers are saying that its GDP growth has plummeted to well below the official 6.6% number. It could be as low as 4.5%! China is unlikely to cut its nose to spite its face by cutting of exports to India. China is more dependent on Exports to India than India is on Exports to China. Any cut-off of final consumer items to India will hurt them (5x) more that they will hurt India in the medium-long term.

For a majority of intermediate goods, it is possible to find alternative supply sources, including domestic manufacturers at somewhat higher price, though it may take more effort for some items. An India specific cutoff is a violation of WTO rules and any cutoff, can be met from alternative sources, including API imports into other countries by Indian companies based there. We can and must take China to the WTO, if they impose India specific tariffs or bans on medical intermediates or rare minerals, which then authorizes direct China specific countermeasures !

Q8: What economic leverage India may have as a pressure tool vis-a-vis China, and what would be, in the future, possible options for us to exercise, such as : tariffs, targeting telecom cos and other options.

A8: Best option for GOI to show its resolve against pressures and bullying by China, is Non Tariff Barriers (#NTBs )of the kind routinely applied by Communist China for last 40 years, to promote Import substitute, push exports and punish foreign countries which oppose its foreign policies. The NTBs should be focused on areas which pose a potential long term threat to India & all free, open democratic societies : Software, Telecom (including 3G, 4G, 5G), Internet of Things(IOT) and Electronic control systems. Its a symmetry policy not retaliation!

Country specific tariffs and bans are a violation of WTO rules. India should not and will not make such a move; It's a scarecrow favored by scaremongers.