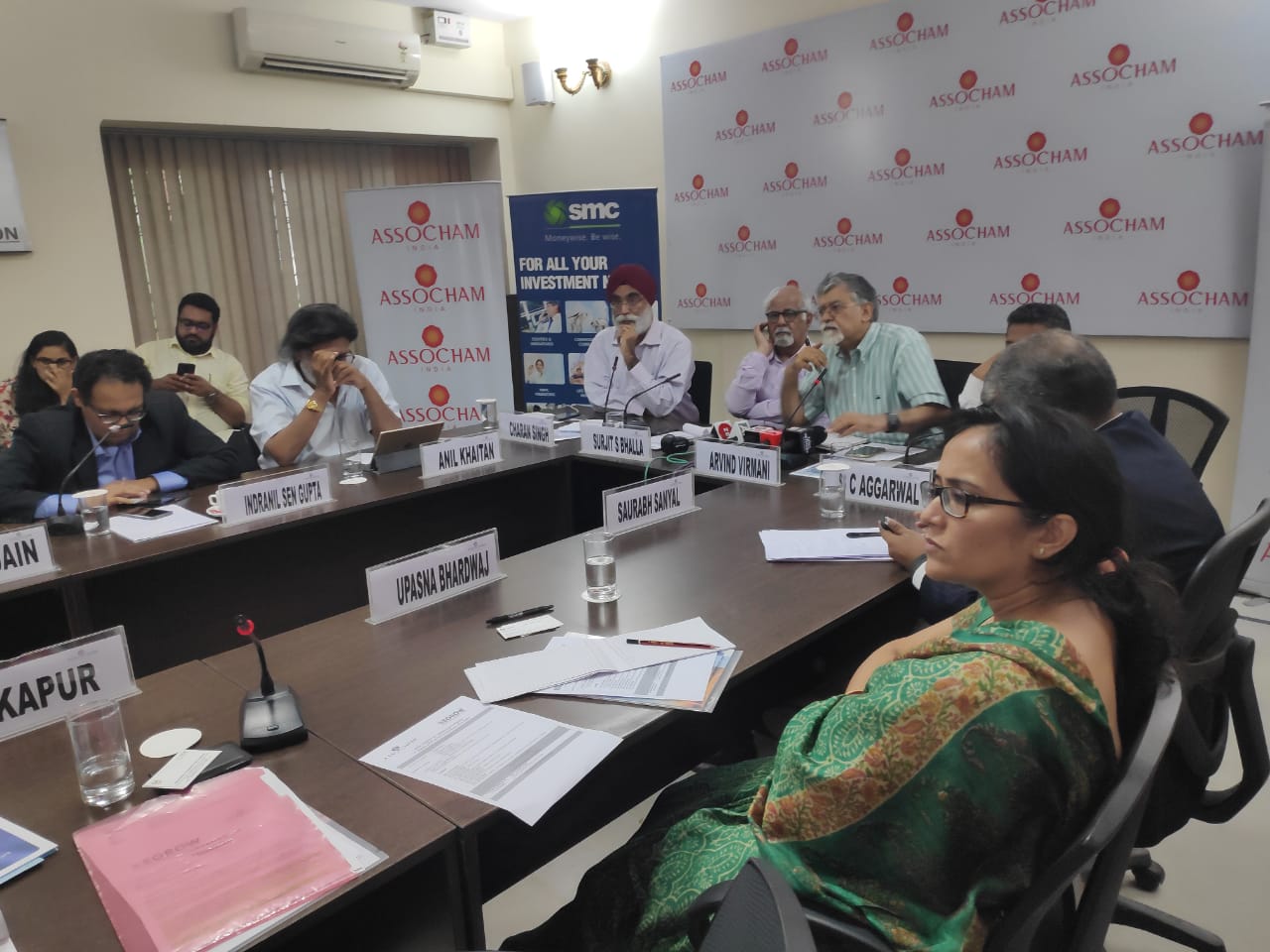 Key Take-aways from the discussion of the EGROW Shadow MPC on August 1, 2019 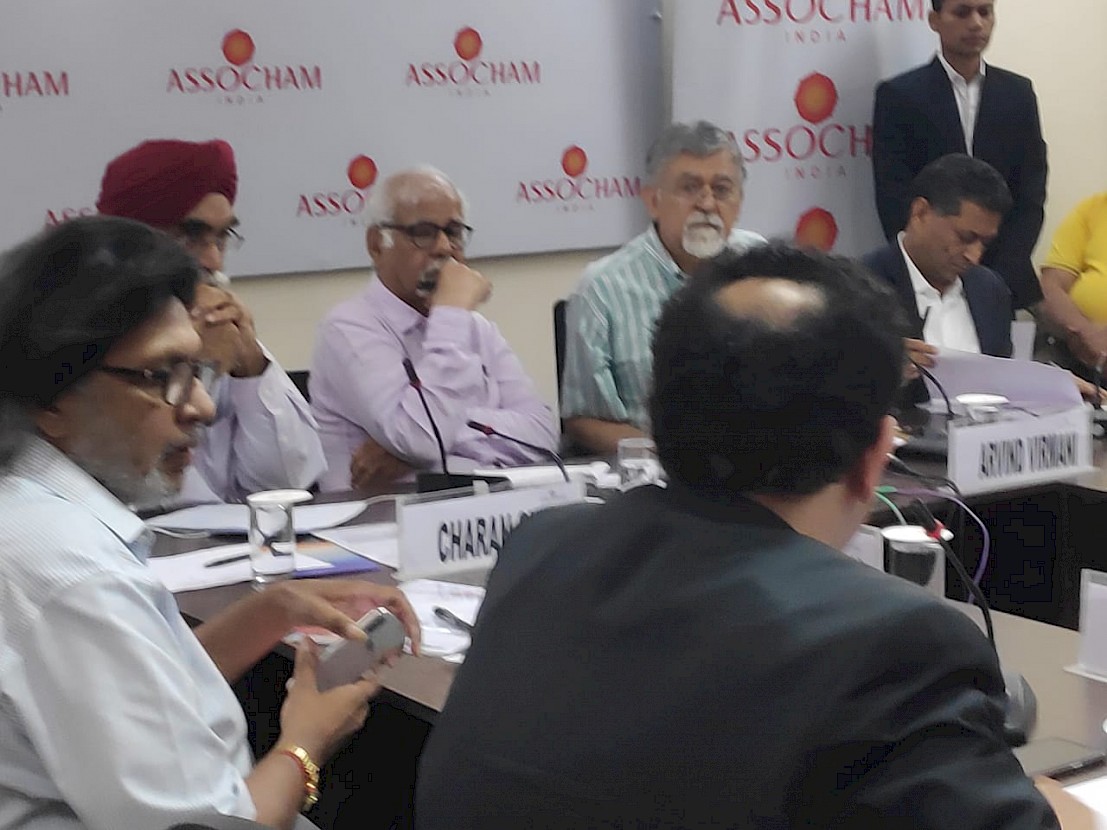 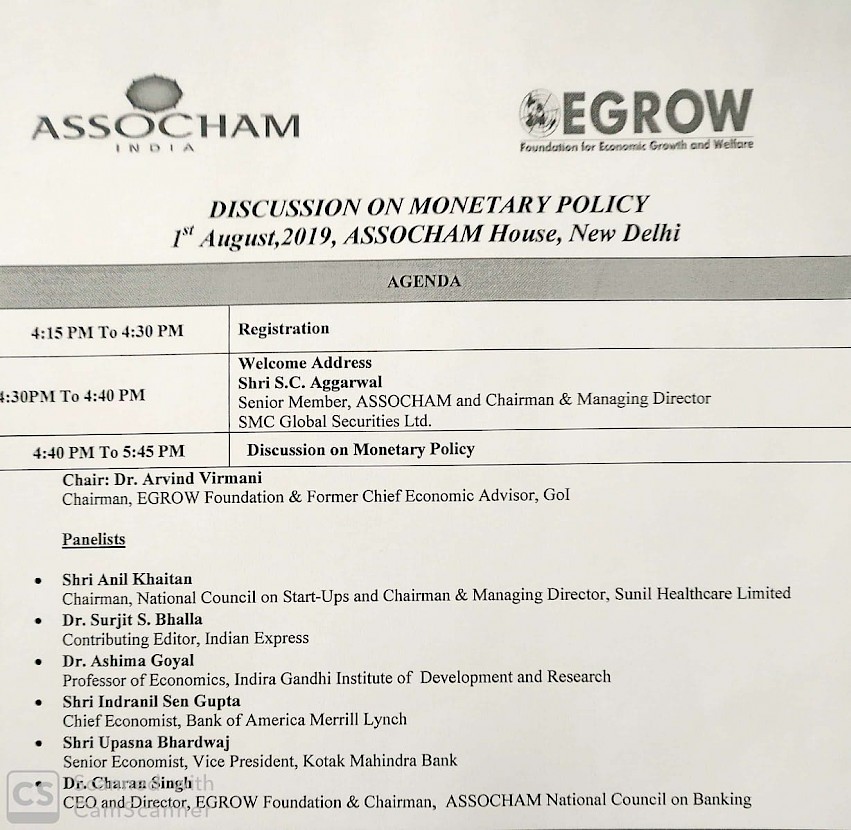 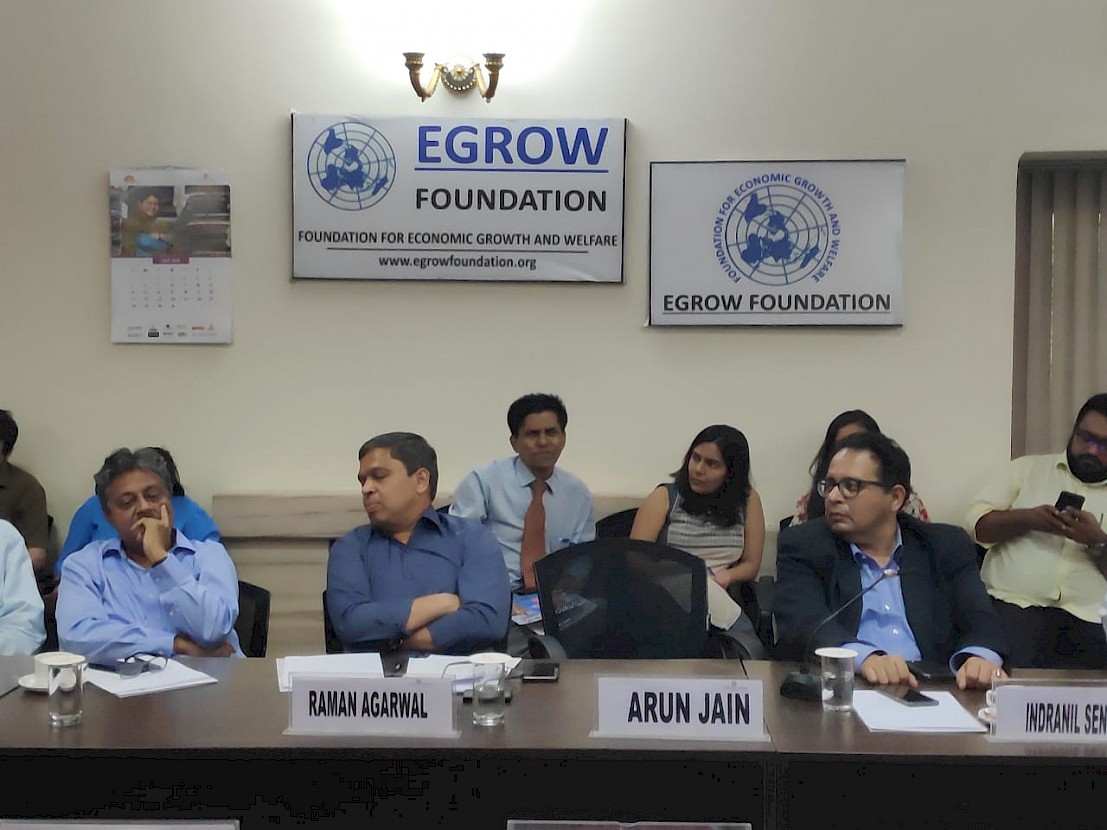 Recommendation of Members of the EGROW Shadow MPC

The forthcoming monetary policy would be formulated against the backdrop of difficult global and domestic factors. The global situation has changed as reflected in the reversal of the US Fed’s Policy Stance from tightening to loosening with the rate cut effected on July 31, 2019. There are also issues of growing protectionism, trade wars between the US and China, return of deflationary phase indicated in GDP deflator for US dipping to 1.2 per cent-well below the targeted 2 percent and global supply chains shifting from China (which could be an opportunity for India). Domestically, there are several persisting macro-economic areas of concern, eg weakening business sentiment, and liquidity crunch for NBFCs. GDP growth could be in the 6.5 to 7 percent range. But despite low and benign inflation, the downside pressures seem to be much stronger than in the past. There is a crisis of confidence necessitating coordinated and concerted confidence building measures with a sense of urgency. It is not clear how much of consumption shortfall is cyclical. As regards slowdown in Auto Sector, US, Europe and China have been witnessing it much earlier than us. It is doubtful that reduction in interest rates will lead to a revival in this sector

The need is to study the implication of monetary base in transmission mechanism, which may be important for some sectors of the economy.

The economy runs on four demand categories C, I, X and government expenditure. The first three are slowing and the budget did not introduce any new expenditure impulse so only the RBI has the space to act to stimulate demand—it also has the advantage it can act faster than the government. Other central banks are also reducing given the global slowdown. Over stimulus in 2008 as part of the global response led to a negative real rate, which increased growth too much. But now it is still a high positive. So should move to balance and not under-react now.

Liquidity surplus is helping. Banks are passing through more. Pass through happens from markets as well as banks. The One Year Treasury Bill fallen 0.5 with 0.25 cut in the past couple of months. Corporate spreads, however, have increased. This is not due to government borrowing since G-Secs rates have reduced 1%. It is due to rise in credit risk. Market fears have flared up again after the Dewan default, problems in JET, Reliance. Therefore a lender of last resort liquidity window has to be provided for NBFCs. It its absence, liquidity hoarding is reducing lending, creating systemic spillovers for the rest of the economy. Regulators have to step in when there are such spillovers. They are the only ones immune from market fears.

RBI temporary liquidity window on stiff terms and top grade collateral would reduce liquidity hoarding by better NBFCs. This was done in 2004 and in 2009. Just the announcement calmed markets even though the provision was not used as it was too costly.

A tight or loose monetary stance has to be defined with respect to a neutral real interest rate—one at which inflation stays constant. At present this is falling below the RBI target of 4%. The one 1-year T-bill on 26th July was 5.98% taking one year ahead inflation at 4%, the real one year ahead rate is 2%--still in contractionary zone; if want to keep 1% to give savers a positive return there is room to cut 1%. A 50 bps cut can come in this policy. It is necessary to act fast since as conditions deteriorate and the slowdown gets entrenched the neutral interest rate and real rate required to stimulate the economy can fall more. The rupee should not be allowed to appreciate above 69 since it would imply appreciation above the equilibrium rate.

Past data needs to be looked into to understand the relationship between fiscal deficit, inflation and growth. Off balance sheet borrowings i.e. borrowings by PSUs were always there at 1-2 percent of GDP and at the same level as at present. Historic data reveals that during 2004-14 the real repo rate was negative and fiscal deficit was very high. During last 5 years we had two successive draughts and huge disruptions caused by Demonetisation and introduction of GST. During this period the real repo rate went up from 1percent to 4 percent. Growth rate is optimal when real repo rate is 1%. To achieve this we need substantial cut in repo rate not less than 75 bps. Baby cuts will be counter-productive.

This time we need big repo rate cut and I recommend for a 75 basis point rate cut. It's a reality that the Indian economy has slowed down, currently growing at 5.5 percent, but need more fiscal expansion. Since inflation is down, the RBI and the government should use this opportunity. Fiscal deficit not a problem for inflation as there is no empirical evidence, global or domestic, to show that deficits lead to inflation. No real economy can grow with 3.5 percent real interest rate. And, when India was growing rapidly, real rate of interest was nearly negative (-) 1 percent. Thus, a cumulative 200 basis point cut is required for 6.5 to 7 growth.

We are looking at the RBI cutting 25bp on August 7 and 50bp by March. If rains normalize, we look at 75bp by March. We see a compelling case for RBI easing: weak growth on high real rates, low inflation, fiscal consolidation, US China trade war posing a risk to global growth. That said, we think multiple measures taken by Governor Das and the MoF should bring down lending rates by 50bp by March. These include: cutting rates, infusing liquidity to switch to reverse repo mode, easing PCA framework, rationalizing the Bankruptcy Code etc. We also look to revisions in the RBI's liquidity framework: 1. will financial stability be added as an objective? 2. Will RBI release a forecast of durable liquidity; 3. Do we get clarity about monetary policy stance and repo/reverse mode in the money market?

The grim economic outlook and even more so the absence of any immediate stimulus to revive growth ahead continues to provide a strong case for further monetary policy accommodation. Limited fiscal room leaves lower interest rates being the only supportive factor that could aid growth. If monsoons were to improve then rural demand may stabilize. I see room for 50 to 75 bps cut in the year ahead with 25bps likely in August. Along with rate cuts, though, clarity on liquidity stance would be crucial for transmission. With RBIs recent focus on ensuring comfortable liquidity conditions we see the pass through on lending rates improve in the months ahead.

Further, we expect RBI to take note of the distortions existing within the financial markets both in the bond (especially the corporate bond space) market and FX market (forwards) which continue to hinder transmission.

The economy is showing signs of slowdown and stagnation. Inflation, CPI and WPI, and of food is low and real rate of interest is above 3 percent. There is buildup of inventory, which freezes money, and needs to be liquidated soon. Industry and investment needs to be encouraged. The RBI has started looking into problems of NBFCs as mentioned by the Governor in his speech and the regulation of HFCs has moved into the RBI. Recently, SBI has effected some cut in rates. It would be wrong to say that commercial banks don’t transmit rate cuts, as the evidence shows that some reduction has happened in last six months. On the deposit side reduction has been faster by nearly 60bp. The NPAs are on the declining path and credit off-take is taking place. In these circumstances, need is to have a substantive and demonstrative reduction in policy rates by at least 50 bps if not 100 bps. This will lead to consequential transmission of interest rate cut by commercial banks. The RBI should indicate that it is on the reduction path and if all is well could reduce another 50 bp in the next policy. That would boost confidence in the market.

The economic situation of the domestic industry is bad, for example, the demand of the automobile industry is shrinking, and India needs to kick-start demand. There is no demand in the economy. The Government has to create demand through Fiscal policy and the RBI through Monetary policy.

The RBI can help through a maximum cut of 1% on Repo Rate. We have to follow a expansionary Policy as we have good headroom in terms of low inflation and high inventory in various sectors of the economy. We need increase in exports as India cannot be a USD 5 trillion economy without huge exports of at least USD 500 Billion of only merchandise exports. Where will the Government get money from to spend Rs 100 lakh crore on Infrastructure and Rs 50 lakh crore on Rural Infrastructure during a 5 year period.

ECB changes recently are a welcome state in terms o eligible NBFCs , Corporates, and Corporates under IBC can all avail of ECBs if eligible and no questions asked on end+usage of funds. House Hold Savings has not increased as nothing was announced in the Budget. Also, there is no increase in Capital Formation as Government Capex is only 1.6% of GDP

Rate: Prefer Cut by 100 bp but prediction of 75 bp reduction