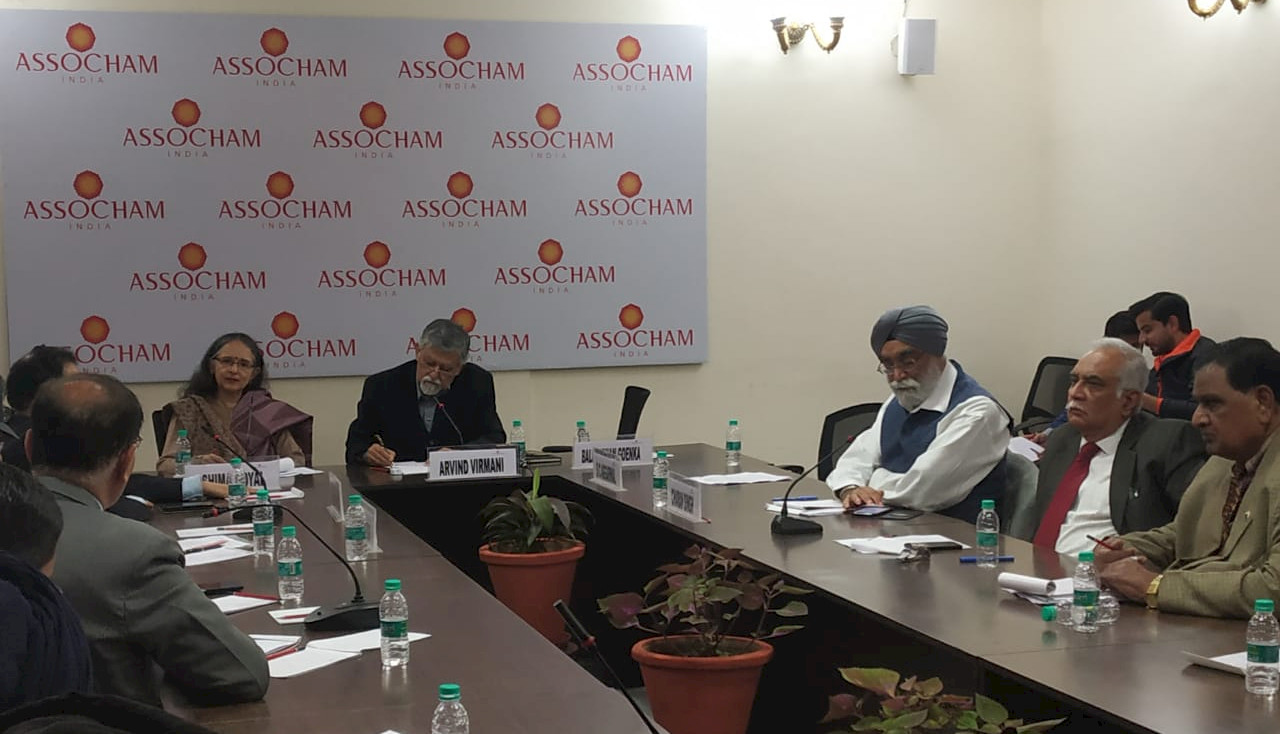 Summary of Discussion by Members of the EGROW Shadow MPC

Given the state of the economy, growth is down to 4.5 percent in Q2 of FY20 which is a significant decline. GDP data shows that sharp decline in consumption in Q2 of FY20. This decline is not driven by consumption alone but a large fall in investment which is around 8 percent in H1 but private consumption is down by 6 percent, so the decline in consumption is moderate as compared to a sharp decline in the investment. In the supply-side, manufacturing growth rate declined by 96 percent and mining by 70 percent if we look at IIP. There is also a slowdown in food products and garments. In the automobile sector there is a significant slowdown but only in cars not others.

The current situation is unlike the 2008 crisis where the picture was a clear one, but right now we have it all complex. Real repo rate is down to 1 percent and should be brought down further to 0 percent given the present scenario.

The transmission mechanism in India is slower as compared to other developed economies, so we need to double the actions not half it. The rate should be cut by 25 bps immediately and 25bps in Feb 2020.

Stance: Acommodative, with focus on growth as long as inflation is within the band. This is consistent with flexible inflation targeting, imply look through commodity price shocks

Liquidity: Announce a shift from FX swaps to OMOs for injection of durable liquidity, and that M0 growth may be allowed to compensate for slowdown in M3 growth. This would bring down term premia in an Indian version of QE.

Banks: Assurance that durable liquidity will stay in surplus as long as stance is accommodative, this push them into more lending and reduce loan rates. Allow them to offer differentiated rates on deposits.

NBFCs: Either resolution (for insolvent) or liquidity window for others. This will reduce asymmetric information, liquidity hoarding and credit spreads.

Growth is set to fall to 5.1 percent in FY20. This is driven by a spike in real lending rates even before the 2018 liquidity crunch faded. While nominal MCLR has fallen by 40bp since March, on RBI easing, real MCLR has gone up 120bp, as core WPI inflation has fallen to 160bp.

CPI inflation will climb to 5.2 percent in November from 4.6 percent in October and 4 percent in September on the onion price spikes/base effects. Nov-Feb will rise to 4.7 percent well above the RBI's 3.6-3.8 percent in 2H FY20 projection. The saving grace is core inflation is coming off on weak demand.

On balance, we expect the RBI MPC to look through higher CPI inflation as it is driven by onion price spikes/base effects.

The RBI has pro-actively infused US$30+bn of durable liquidity since March. Re1 of RBI liquidity typically takes 6-9 months to multiply to Rs. 5.2 of credit. Due to high cash demand during the May elections, this lag is elongated.

One way to fast track real lending rate cuts is for the MoF to offer 2 percent subvention on priority sector bank loans to micro and small enterprises. This will cost the fisc 0.1 percent of GDP in FY21.

The economic conditions in India continue to deteriorate, with no conclusive indications that we have seen the worst. The GDP growth in 2Q fell to a multi-year low of 4.5 percent with a slowdown witnessed across industry and services. Worryingly the only factor which has held up strong is the unsustainably high government spending. In fact, GDP excluding government spending fell to 3.1 percent in the 2QFY20. On a slightly positive note growth in private consumption improved to 5.1 percent (from 3.1 percent in 1QFY20) probably reflecting the gains from improved terms of trade for the agricultural sector as witnessed by the rise in food prices over the last few months. However, the continuing stress in the NBFCs may find it difficult to revive the consumption demand meaningfully. The high frequency data for October also suggests that festive season demand remained largely missing. While favourable base effects, lower short-term rates amidst lower policy rates and easy liquidity conditions could provide some support, we see the ongoing headwinds to play out further before some stability sets in towards the middle of next year. We, thus, have revised down our FY2020 GDP estimate by 30 bps to 4.7 percent.

On the policy front, the MPC may be faced with a dilemma given that their mandate is to manage the headline CPI inflation around 4 percent which seems to be deflecting from its medium target. However, we expect the MPC to make note of the expected reversal of the transient spike in food prices which should ease the headline inflation after few months. Any case, the October CPI inflation excluding vegetable remains fairly stable and benign at 3.2%. With widening negative output gap and weakening core inflation, we expect the MPC to assign higher weightage to addressing growth and deliver a 25bps of rate cut this week. After the December action, we see room for additional 25bps of rate cut in the rest of FY20. Beyond that, the MPC will likely stay on hold and focus on transmission as the impact of the already 135bps of rate cut has not been witnessed just yet. Notably, with monetary actions nearly approaching an end of the easing cycle given that inflation begins to overshoot 4%, we believe that the next set of heavy lifting will need to be done by the government. The economy is expected to remain below potential for a prolonged period in the absence of fiscal support.

The slowdown in economic growth has to be addressed. The low growth rate of GDP in First Half of financial year is a concern. Earlier, the data released on performance of Core Industries for April to October, and IIP data for April to September was also not encouraging.

There is a global slowdown, and some countries like Germany and Italy are also recording significant reduction in their growth rates. Therefore, India's slowdown has to be contextualized.

In India, given the demographic trend, slowdown can have social implications and that is a major concern. Hence, the Government has to intervene.

The following is recommended -

a) The Real Repo Rate is very high if WPI is considered instead of CPI. To convey a strong signal to the markets, an aggressive rate cut of 50 bps in December and another in February 2020 should be considered. This large cut could also get transmitted through banks in the economy.

b) To kick start the economy, inflation targeting can be paused for one year, as there is a trade-off between Inflation and Employment.

Finally, a pause button on FRBM and expansive Fiscal Policy can be considered.

Summary of Discussion by Industry Experts/Economists

The slowdown in the economy is a concern. To revive the economy, there is a need to reduce the Repo rate by 25-50 bp. He also mentioned that the rate on G-Secs, through which the Government raises money is still high at around 6.8 percent and should be lowered. He also mentioned that the transmission of interest rates is still incomplete with the RBI reducing it by 135 bp and commercial banks not letting it transmit with SBI only letting a reduction of just about 35 bp.

The Global market and domestic market is suffering from growth slowdown, as we know the GDP growth rate of India is 4.5 percent in Q2 of FY20. Lower tax collection because of the decrease in corporate tax and lower GST collection and the global slowdown is responsible for the slowdown in India. The Government has initiated significant steps in recent weeks and repo rate reduction will help to inject money supply in the economy and boost the economy. A cut in the repo rate would, however, be immediately transmitted to retail borrowers as the RBI has forced banks to link loans to an external benchmark instead of a self-determined reference rate. Most banks have chosen the RBI’s repo as a benchmark, which means that home loans could fall to below 8 percent. So we expect a repo rate cut by 25 bps to 50 bps.

Structural Reforms are very important in the country for boosting up the demand. Labour reforms have not taken place from last 20 years. In the textile industry unless the capacity of manmade fibre goes up to above 80% there is no chance of revival. The garment industry is not competitive with Bangladesh and Vietnam. We are not using our fibre and yarn and we are mostly dependent on china for garments. The main reason for this is the low productivity of labour in India as compared to other countries which increase the cost of textile and thereby higher prices and importing textile from China. The government should rationalize tax system restructuring the GST framework will ease the functioning since different raw materials are taxed at different rates

The banking sector in India is a microcosm of the larger macro economy. With the GDP growth hitting a 25-quarter low of 4.5 percent in July-September 2019, this Policy is being formulated against difficult domestic macro-economic conditions and pronounced global slowdown.

There seems to be a widespread stalling of investments in housing, especially the residential segment, roads and telecommunications. There is also tapering off and decelerating investment in power and railways.

This triple whammy of contraction in manufacturing, weak investment, and lower consumption demand necessitates immediate measures to stimulate demand, failing which countercyclical actions may not be effective.

Where do we go from here? Given the evolving macro-economic situation and inflation being within manageable proportions, there is room for a sixth successive cut in the present Repo level of 5.15 percent by 25 bps. The RBI is likely to continue with its accommodative stance but the issue of inadequate transmission of the Repo rate cuts needs greater attention. But the transmission of the Repo rate is fraught with several difficulties, such as, the cost and yield of banks, asset-liability mismatch, the rate of interest in the competing saving instruments, tweaking the MCLR rate, etc.

A SLR cut has also sometimes been suggested to infuse liquidity in the banking system. But in a situation, where several banks have surplus SLR and credit off-take is not picking up, this measure may not be very meaningful and effective.

The government has initiated a slew of measures to revive the flagging economy in the last few months. But there is a need to provide fiscal impetus to the growth process-what John Maynard Keynes famously called ‘pump-priming’.

In the sphere of NPAs, the worst is behind us. Hence coordinated and concerted measures to significantly step up recovery and improve the asset quality are urgently needed.

1) In view of deceleration in GDP growth at 4.3 percent for Q2FY'20 and falling IIP growth @ - 1.16 percent scenario is pointing towards accommodative stance of the Monetary Policy with further reduction in Repo Rate by 50 bps in the FY, may be in one tranche or 25 bps each in two tranches.

2) Transmission of previously announced Repo Rate cuts is seen to be re-emphasised by the RBI. MCLR formula causes the pace of reduction of interest rate to be slower since incremental deposit growth is weaker to bring down historic Average Cost of Deposits of the Banks due to contractual maturity of term deposits with them.

In view of this banks are seen to have time lag over next two three quarters therefore Interest Rate Subvention may be practised (may be on fiscal book) for the loans to vulnerable sectors e.g. Farm Sector, MSME and Affordable Housing.