Air Pollution and its Impact on Health 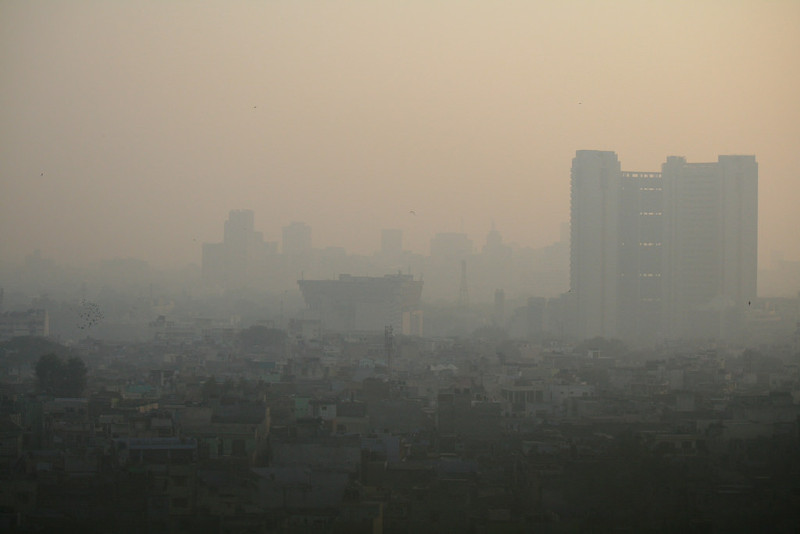 “Nature’s condition, rightly interpreted, reveals a society’s culture and traditions as directly as does a novel or a newspaper or a code of laws.” - Roderick F. Nash

India is currently exposed to high levels of ambient and household air pollutants. Respiratory adverse effects of air pollution are significant contributors to morbidity and premature mortality in India. Air Pollution, as defined in Air (Prevention and Control of Pollution) Act, 1981 means the presence in the atmosphere of any air pollutant which are solid, liquid or gaseous substances including noise in such concentration as may be or tend to be injurious to human beings or other living creatures or plants or property or environment. Global burden of disease data analysis reveals more than one million premature deaths attributable to ambient air pollution in 2015 in India. More than one million additional deaths can be attributed to household air pollution. Particulate matter with diameter 2.5 μm (PM2.5) or less has been causatively linked with most premature deaths. Acute respiratory tract infections, asthma, chronic obstructive pulmonary disease, exacerbations of pre-existing obstructive airway disease and lung cancer are proven adverse respiratory effects of air pollution.

The recent news about Delhi being the most polluted city in the world is giving once again a wake up call to all of us, making the people in our capital vulnerable to many problems like asthma, influenza, lung, heart, or cardiovascular diseases and even premature death.

Fine particle (PM2.5) refers to atmospheric particulate matter (PM) that have a diameter of less than 2.5 micrometers which is about 3% the diameter of a human hair, and can only be seen/detected with an electron microscope. Fine particles are produced from all types of combustion, including motor vehicles, power plants, residential wood burning, forest fires, agricultural burning, and some industrial processes. PM2.5 can pass from our lungs into our blood supply and be carried throughout our bodies, thereby making them ‘the invisible killer’. PM2.5 can come from various sources such as power plants, motor vehicles, airplanes, residential wood burning, forest fires, agricultural burning, volcanic eruptions and dust storms.

Since they are so small and light, fine particles tend to stay longer in the air than heavier particles. This increases the chances of humans and animals inhaling them into the bodies. Owing to their minute size, particles smaller than 2.5 micrometers are able to bypass the nose and throat and penetrate deep into the lungs and some may even enter the circulatory system.
Studies have found a close link between exposure to fine particles and premature death from heart and lung disease. Fine particles are also known to trigger or worsen chronic disease such as asthma, heart attack, bronchitis and other respiratory problems. A study published in the Journal of the American Medical Association suggests that long-term exposure to PM2.5 may lead to plaque deposits in arteries, causing vascular inflammation and a hardening of the arteries which can eventually lead to heart attack and stroke. Scientists in the study estimated that for every 10 micrograms per cubic meter (μg/m3) increase in fine particulate air pollution, there is an associated 4%, 6% and 8% increased risk of all-cause, cardiopulmonary and lung cancer mortality, respectively.

Coarse dust particles (PM10), on the other hand, are 2.5 to 10 micrometers in diameter and their sources include crushing or grinding operations and dust stirred up by vehicles on roads. These tiny particles which are about 30 times smaller than the width of a hair on your head are small enough to get inhaled past our defensive nose hairs and into our lungs. Unlike PM2.5, PM10's story ends at the lungs and are relatively less harmful. Some are emitted directly into the air, while others are formed when gases and particles interact with one another in the atmosphere. For instance, gaseous sulfur dioxide emitted from power plants reacts with oxygen and water droplets in the air to form sulfuric acid as a secondary particle.

Adverse effects of air pollution on human health have been known ever since the “Great London Smog” in 1952. Mankind is paying for rapid industrialization by adversely affecting the air that we breathe. The developed world has been able to improve the environmental standards by following stringent norms and practices regarding engines, fuels, and industrial safety. However, the same cannot be said about developing countries. Delhi, the capital of India, has seen high levels of air pollution for the last several decades.

The number of registered vehicles in Delhi has doubled over the last 10 years. This, along with rapidly increasing numbers of small scale industries and inconsistently regulated construction work, has led to ever-increasing levels of air pollution in Delhi. The city has witnessed smog for the last few years.

Common sources and pollutants with reference to Delhi

As in most cities around the world, rapid industrialization and increases in vehicles using fossil fuels are important contributors to ambient air pollution in Delhi. Additional sources of air pollution unique to Delhi include dust generation during building construction, ash generation from thermal power plants, crop residue burning in neighboring states, and burning of fossil fuels for domestic, as well as small scale, industrial use. Major pollutants include particulate matter (both PM2.5 and PM10), nitrogen oxides (NOx), carbon monoxide (CO), sulfur dioxide (SO2), and ozone (O3).

Delhi is distinct in its geographic location adjoining the Great Indian Desert (Thar) in the west and cool hilly regions in the north and east. This accounts for great seasonal variations in temperature, humidity, and wind speed. Also, being a landlocked territory, there are no moderating effects of sea breeze available to other metropolitan cities (like Mumbai and Chennai). Dust storms during the summer from the neighboring state of Rajasthan cause an increase in suspended particulate matter (SPM). All these contribute to seasonal and climatic variations in air quality. In addition, the use of fire crackers during the festival of Diwali leads to dangerous levels of air pollution also.

Adverse health effects as witnessed in clinics and community

Many adults, without any prior history of respiratory illness, attended our outpatient department (OPD) with breathlessness, chest congestion, and wheezing requiring inhaled bronchodilators. A significant proportion of patients with previously diagnosed respiratory diseases (including COPD, bronchial asthma, or interstitial lung disease) reported to OPDs or emergency services with worsening cough, wheezing, and breathlessness. A few patients coming from outside Delhi for routine follow-up had exacerbation of COPD after coming to Delhi (personal observations).

Another concerning development has been the increase in the number of persons being diagnosed with bronchial asthma in middle age, probably related to worsening air quality. Persons at extremes of age (young children and elderly) are particularly affected.

India is currently exposed to high levels of ambient and household air pollutants. Respiratory adverse effects of air pollution are significant contributors to morbidity and premature mortality in India. Delhi’s poor air quality during this winter has indeed affected the respiratory health of the population. Healthy people, as well as those with pre-existing respiratory diseases, are adversely affected. Merely leaving it to legislative or ‘Executive’ levels -be it CPCB, Centre or State Ministries to issue orders on pollution control may not achieve the desired objective of clean environment unless the civil society at large ‘disciplines’ and governs itself towards making substantial efforts to change the 'status quo' and attain the air quality standards by reducing the carbon footprint. Implementation of methods to reduce particulate matter generation at construction sites, promoting use of vehicles using electricity or compressed natural gas, increase in utilization of public transport, banning the use of diesel-driven heavy vehicles in the city, road cleaning with vacuum cleaners to reduce PM10 generation, increasing green areas are some initiatives that need to be implemented on priority. Delhi and surrounding states need to strengthen awareness drives and norms to discourage crop residue burning on a priority basis. Targeting air quality standards laid by WHO can significantly reduce morbidity and mortality. Else, what good ‘development’ can bring about if the society at large suffers from illness?