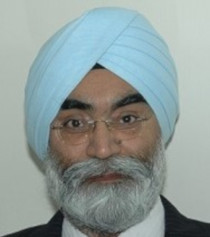 Government Business is not Commercial Business: Privatising Air India and Beyond

Post Covid: Need to focus on recovery of Employment

Govt should invest in housing sector to kick-start growth

Is Printing Money the Solution to Reviving Indian Economy?

Are Foreign Exchange Reserves too high at US$600 billion?

Budget 2021: Dr Charan Singh On What The First Budget After Covid Needs To Be

Budget 2021: Ideas to put Indian economy back on track

Session on Revitalising the Economy At 103rd Annual Conference of the IEA on Dec 27, 2020.

Discussion on Indian economy coming back on track

Discussion on stimulus package announced by FM to revive economy

Tax compliance: In India, rewards may work better than punishments

Different strokes: A guide to lifting of lockdown, resuming production

How COVID-19 will reset trade & commerce

The Pandemic and The Nation

The Pandamic and The Nation

MSME sector: Eight ways India can back its small enterprises

‘Good beginning by govt, RBI; but much more needs to be done’

The Big Picture - Volatile Sensex and Impact on Economy

What is the way forward amid economic slowdown?

Q2 GDP numbers: Economy dipped but no signs of recession

How to Revive our Economy: Some Suggestions

Budget 2019: These are key financial sector reforms govt must bring about

The task for the new government: An economists perspective

Modi government has taken bold steps; results will be visible over years

CBI files case against Chanda Kochhar, Who will break the corrupt nexus?

Let the rupee slide, it is in our interest

Where Raghuram Rajan got it all wrong

India: The future of the world | TEDxNITKSurathkal