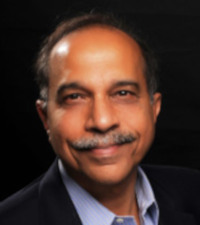 Ravi Ramamurti is University Distinguished Professor of International Business & Strategy and founding Director of the Center for Emerging Markets at Northeastern University. He studies strategy and innovation in emerging markets. He earned his MBA from IIM-Ahmedabad and his DBA from Harvard University. Ravi has been a visiting professor at HBS, Wharton School, MIT-Sloan, Fletcher School, CEIBS-Shanghai, and IMD-Switzerland. His eight books include three published by Cambridge University Press on the internationalization of emerging-market firms. His latest book, Reverse innovation in health care, was just published by HBR Press (2018). In 2008 Ravi was elected an AIB Fellow. In 2017, his article on reverse innovation (2011) won the inaugural prize for Best Article published in Global Strategy Journal. He has published in the top academic journals and in practice-oriented journals such as Harvard Business Review. He has worked in more than 20 emerging economies and been a consultant to many global organizations, including the Economist Group, USAID, the World Bank, and the United Nations.