Article 370 - The Blitzkrieg, winds and residue 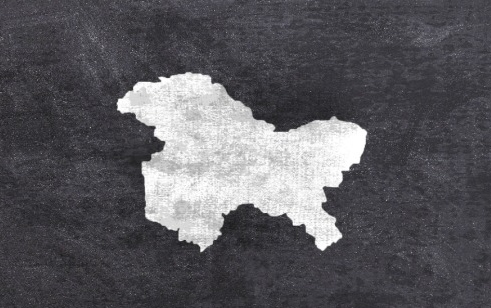 The final success of the swift action of removal of Article 370 and fully integrating J&K with India by the Modi government depends how it handles the national and international situation in the coming months. In this time three factors are very crucial, one, media-national and international, two, reactions from other nations- friendly and not so friendly, and three, the people of Kashmir( not the politicians of Kashmir). The sudden annulment of the article 370 on first Monday of August was not only a well planned and well thought after action but also a very well guarded. It not only caught the common citizen of the country, the opposition parties but also probably most of the members of the ruling party too by surprise. Within minutes of this blitzkrieg the ‘shock and awed’ reaction form Pakistan was no surprise. The vitriolic rhetoric was expected and it did not make iota of difference. I am sure the core team of PM and HM dealing with the subject must had deliberated their actions and calibrated their responses very well. The issue, the action taken and the future path on this issue can be analysed using similar metaphors from history and decide the best way forward.

The nearest metaphors of diplomacy with which this action can be related are China’s integration of Tibet and Russia’s integration of Crimea back into its fold. As far as J & K is concerned its position is different from the two cases mentioned before as it had wilfully come under Indian control and not a case of any annexation. However there is a need to learn from the examples quoted above for the after-action diplomacy. The suggested handling can be done in linearly merging three phases which are as follows, one ‘The Blitzkrieg’ - which means secret planning and swift action, which has been completed with precision and boldness. Two, the ‘observing a period of silence’ this is the period when the reactions from friendly and non-friendly countries and factions of society will come in. These reactions slowly and steadily will counter balance each other. This phase may continue for many years. In such cases when the control of the area is ab initio with a country and there is no prima facie evidence of any annexation into another country the UN security Council does not generally intervene. The acceptance of this move has to come from the other countries individually. The knee jerk reactions of some immature governments can be in terms of severing diplomatic ties, stopping bilateral trade or blocking airspace etc. Such types of actions effect both the countries and not one. Other reactions can be stoppages of visas etc. In case of a responsible democracy like India with impeccable record of upholding human rights no country has vehemently opposed India’s move and many have rather welcomed it stating it to be an totally internal matter. It’s time India maintains its stoic silence and let the friendly and not so friendly countries react in the manner they want. We are convinced that we have corrected a historical wrong and that too after due deliberation. India accepted Tibet to be an integral part of China after almost 50 years. So be it. Three, integration of land must be followed by ‘integration of hearts and minds’ and that can be done by multitude of methods some of them already in place. And for this we have a negative example of China’s handling of Hong Kong situation. At this delicate juncture there is a need for a deliberate strategy of integration and every word which the PM Modi spoke in the address to the nation on 8 Aug was well thought of. All the promises that were made must be put into practice by bureaucracy at all levels with as much blitzkrieg as was the announcement. For the common Indian who was rejoicing this bold move of the government as a step in the right direction also has an important role to play in its implementation. Government announcements alone cannot integrate regions and hearts. We will have to change our attitude towards the Kashmiris now they are as much Indian as we are. They no longer have their own flag and constitution and we all are under one flag and one constitution. Hence they are as much Hindustani as we all are. Don’t ask them to prove their ‘indianness’ lest they ask you to prove yours. And I am sanguine every Indian from all walks of life will take it as his duty to make space for Kashmiris in his hearts and they too will reciprocate. Lets all work to amend this historical blunder and be an integrated Indian in land and heart.